Snorkeling and diving are among the great attractions of a trip to Lembongan, providing an enjoyable and more active alternative to soaking up the sun on the beaches. If you’re not keen on swimming out from the shore to find a snorkeling spot, another option is to take one of the full-day Lembongan island snorkeling tours which operate most days from Mushroom beach.

There are plenty of popular sites to visit, though where you go on one of the guided tours will depend on local weather conditions and the time of year. There are numerous locations close to the shores of Lembongan, but many more further off around the coastline of Nusa Penida.

Arranging a tour from Mushroom Bay

We were able to book our snorkeling tour though the management of our guesthouse – TS Huts –  in Mushroom Bay. The cost for a full-day boat trip was IDR 250,000 (€15) per person, including rent of mask and fins.

We left the guesthouse just after breakfast for the short walk to the boarding point. Here we joined the other guests for the day – around a dozen snorkelers in all, mainly Europeans. From Mushroom Bay, our small boat traveled round the north west coast of Nusa Lembongan, giving us a good view of the beaches of Jungut Batu.

To my surprise, the first location where we stopped was just off the north coast of the island – at Mangrove Point (see Lembongan island map). I had actually already snorkeled in the same spot a few days earlier, when I hired a boat off the beach. Today the sea was a lot calmer than on my previous visit – when it was quite choppy. Underwater, though, the view was much the same in the morning light. There was plenty of colorful coral and shoals of small multi-colored fish.

The depth here varies between 3-10 meters (10-30 feet). We were keen to try out our underwater video camera, and this depth offered good visibility and lighting. Like ‘shooting’ fish in a barrel – Lembongan island snorkeling

After around an hour at Mangrove Point, we all boarded and continued our journey through the channel between Ceningan and Nusa Penida to Crystal Bay. Unlike Mangrove Point, this is a large but sheltered bay. The snorkeling area is shallow enough for good visibility, but (like Mangrove Point) the site is very popular with tour boats. This may be a better place to visit privately much earlier in the morning before the other boats arrive.

The snorkeling here is quite pleasant, but there is not a great deal to see. Down the Coast of Nusa Penida to Manta Point

Having so far seen little in the way of larger fish, hopes were high as we headed south-east down the coast of Nusa Penida to Manta Point.

Apart from the snorkeling, this trip along the rugged cliffs of Nusa Penida is a treat in itself. The promise of Manta Rays at the end of it would be the icing on the cake.

My last close encounter with a Manta Ray was in the crystal clear waters of the Maldives. If our next location lived up to its name, we’d all be going home happy punters. After a half-hour boat ride, we stopped in a very wide bay under the green-topped towering cliffs. Unfortunately, my hopes were dashed immediately after jumping into the deep, murky water. Visibility was severely limited. Even if there were rays swimming around the bay, the chances of sighting one were slim.

Half a dozen of us gamely scoured around the bay, but the depth and darkness meant that there was literally nothing to see. Maybe if we had scuba gear (and a torch) we could have found what we were looking for.

As it was, this was just another dip in the ocean.

Climbing back onto the boat, we could see that our tour guides were disappointed with the lack of any sightings. On the way back up the coast they stayed alert, and stopped for one more attempt at a site called Secret Manta.

This place was well-named, because the mantas here managed to stay pretty secret. All that remained was to head back to Mushroom Bay to get something to eat. In fairness it had been a very enjoyable day out, and a chance to see something of the surrounding islands.

Snorkeling trips will always be a little hit-and-miss, so its often best to leave your expectations back on the beach. After 8 days we were coming to the end of our stay in Lembongan. This had all been a bit of a lightning trip since we had only 14 days in total, including visits to London, Bali and Hong Kong.

It’s surprising how much you can pack into a short amount of time – if you do your planning well enough.

Our final destination in Bali was Denpasar, not far from the airport. Here we would have just one day and night before taking a Cathay Pacific flight back to London, again via Hong Kong.

Our plan for the next 24 hours was to get in as much shopping as possible before leaving, since Denpasar is known for its excellent and inexpensive markets and stores.

If you enjoyed Lembongan Island Snorkeling, check out our Bali & Lembongan 2-island itinerary. You may also like: Bali is a universal favourite with travellers and tourists alike, but it is not so well known for it[...]

Despite our recent underwhelming experiences with Qatar and Turkish Airlines, we were still cautious[...] 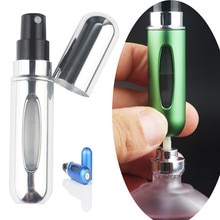 Following an overnight stay in London and a short break in Hong Kong we were keen to reach the relat[...]

With just 4 days in Ubud, we were keen to discover the best food that Bali has to offer. To this end[...]

The goal of searching out all possible Ubud Bali activities is not necessarily the best way to appre[...]

Following our 4-day stay in Ubud, we were heading south to spend some time on a lush island off the [...]

Nusa Lembongan is a laid-back island off the southeast coast of Bali. After our 4-day stay in Ubud, [...]

Your eating out options in Lembongan are plentiful enough. Every guesthouse offers a menu, and there[...]

A week on this island is just about the right amount of time you'll need to visit the main attractio[...]

For the first 4 days of our 2-week trip to Indonesia we enjoyed the peace and culture of Ubud in Bal[...]

During our 10-day stay in Lembongan, we had several interesting conversations with the owner of our [...]

Snorkeling and diving are among the great attractions of a trip to Lembongan, providing an enjoyable[...]

Our last port of call in Bali was Denpasar, not far from the airport. Here we had just one day and n[...]

London City Stopover - What to See & Do in just 6 hours