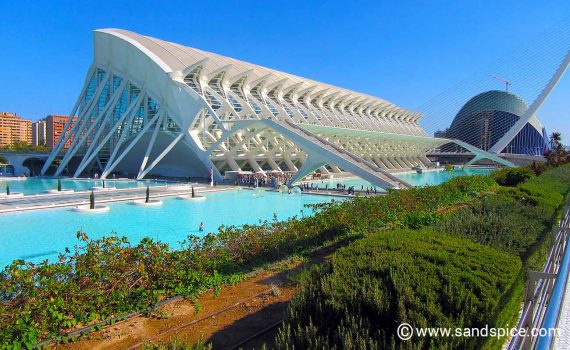 With the budget airlines offering ridiculously cheap flights from all over Europe to a variety of destinations in Spain, a Valencia long weekend is hard to resist. Add to this a relatively low cost of living and accommodation options, and you’re onto a winner.

We budgeted €350 per person for a full 4-day and four-night trip, all-inclusive.

But is a total budget of €700 enough to cover flights, transfers, accommodation, restaurants, snacks and world-class entertainment over a period of 4 days for 2 people?

Valencia Long Weekend – Getting in and around

There is a good choice of budget flights to Valencia from a variety of countries around Europe. Our return flights cost €57 per person.

Once you arrive, the easiest and cheapest way of getting into the city from Valencia airport is by metro. The metro station is clearly indicated from the airport arrival lounge and can be reached by foot in 10 minutes.

There are 3 multi-language ticket machines as well as a manned ticket counter. A one-way ticket from the airport to the center, or anywhere in Zone 1 costs €4.90. You can pay by card or cash.

Once in the center, most other metro journeys (staying within Zone 1) will cost €1.50 per trip. For a short visit to Valencia of just a few days, its cheaper and more practical to pay as you go. 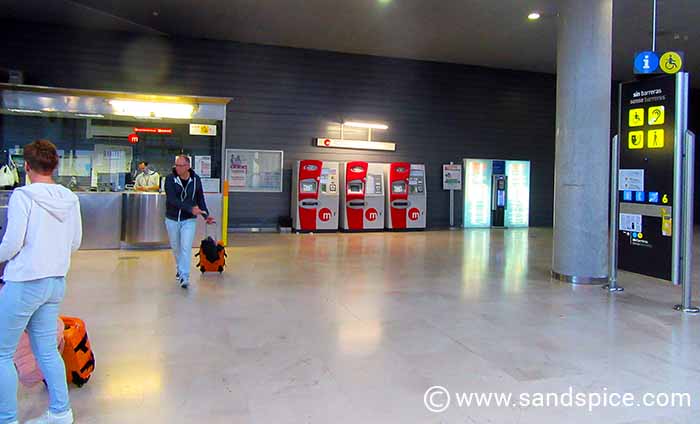 To properly get around Valencia, you need to use public transport. Walking, especially through the central park areas is very pleasant. However the distances are too great to get from one part of the city to the other by foot (we tried it… ).

Buses are an option, if you’re prepared to study routes and bus numbers. We took bus No. 95 a couple times (€1.50 per ticket). It travels throughout the day on a continuous circuit around Turia Gardens, and is a good option for getting to and from the City of Arts and Sciences.

The easiest and quickest option is the metro, but its not ideal. Many tourist attractions, like the City of Arts and Sciences are a good 30 minutes walking distance from the nearest metro station. 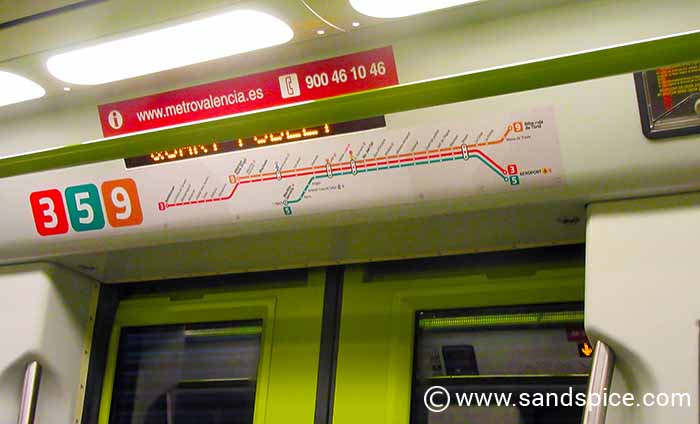 Valencia Long Weekend – Er, where is this metro going?

Make sure you take the right metro when returning to the airport at the end of your trip! There are 3 trains that travel towards the airport (No. 3, 5, and 9), but the No. 9 diverts to Riba-roja de Turia one stop before the airport. That mistake could be a deal-breaker if you’re running late…

Valencia Long Weekend – Where to Stay

Because of the sheer size of Valencia and its suburbs, you’d be well advised to choose an apartment or guesthouse close to the centre. It will cost you more, but will save you a lot of time walking and commuting.

Also, away from the centre there are fewer shops, restaurants and services: You’re really in the suburbs. 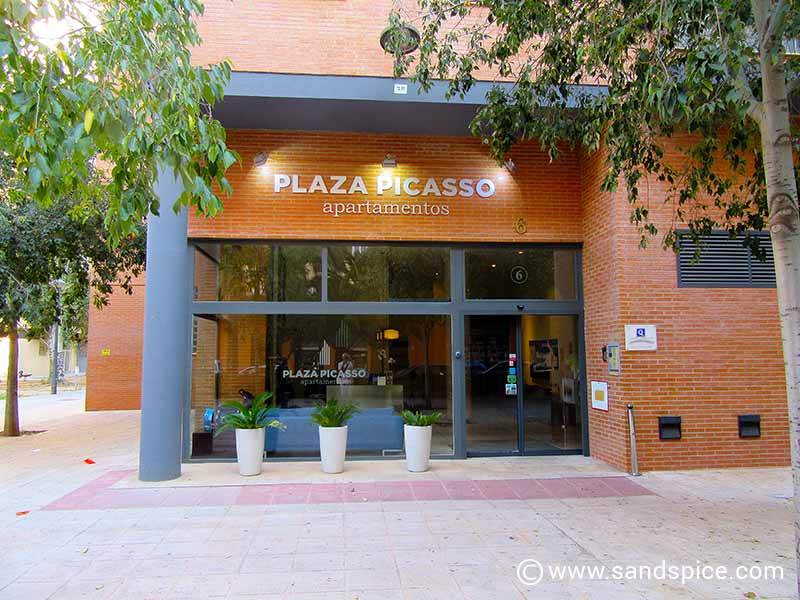 We chose an apartment about 4 km north of the old city, in the San Vicente district. Apartamentos Plaza Picasso is a 25-minute brisk walk from the nearest metro.

Although its a good 1-hour hike from here to the old city, it is close to the Turia Gardens, the Bioparc, the Turangalila restaurant and cabaret and (importantly) a huge Carrefour hypermarket.

So much for the plus-points.

The downside is the lack of anything else interesting or useful in this area. Apart from a few pubs and cafes, we couldn’t find anywhere decent to eat when we wanted it. The few restaurants we found either closed at 4pm or didnt open till 9pm.

The Spanish like to eat late in the evenings and often start work late in the mornings. This might go someway to explaining why the economy suffered a gigantic crash not so many years ago.

Our self-catering apartment cost €51 per night. It comprised 2 small bedrooms, a bathroom and a small living/kitchenette. Though compact, the apartment was clean and the furnishings were OK. 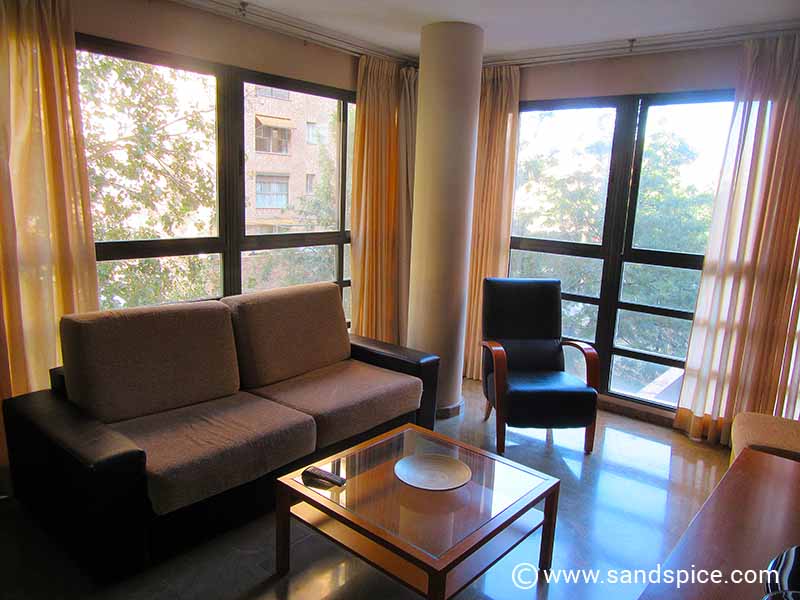 However, there were a lot of niggling small issues: The hob didn’t work, so apart from the microwave we couldn’t cook. There was no kettle for boiling water. The shower had just 2 settings – cold and scalding. The floor-to-ceiling windows were dirty on the outside. Instead of quilts, the beds used really uncomfortable sheets and over-covers, and the wifi didn’t work.

Finally despite requesting in advance an early check in, we weren’t able to check in until 4 o’clock in the afternoon.

Valencia Long Weekend – Getting Around the City

Valencia has a small city centre with sprawling suburbs to north and south following the course of the 9 km-long riverbed park, known as the Turia Gardens.

Much of these city suburbs comprise featureless high-rise apartment blocks, so its difficult to differentiate one area of the city from another. One thing we noticed throughout the city was an intermittent background odour of sewage. 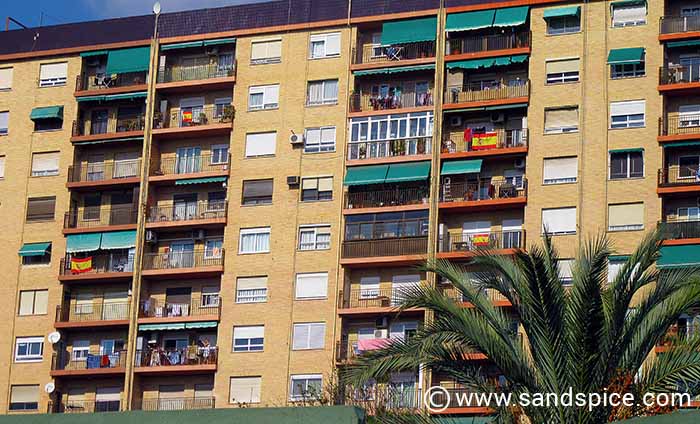 As for tourists, when we visited it was either German Week or there must have been some super-cheap Ryanair flights from Frankfurt. We heard as much German being spoken as we did Spanish.

Wandering around the city, I’ve never in my life seen so many hairdressers! Every street seems to have 2 or 3 Peluquerias. So even if you can’t find a place to eat when you’re hungry, at least you’ll be immaculately groomed.

But we didn’t have time to pimp-up our hair-do’s. With 4 full days in the city, we had an agenda of attractions that we wanted to enjoy.

These included the City of Arts and Sciences, the Bioparc and the Oceanogràfic. We’d also targeted a few restaurants with stellar reviews.

In Valencia, there was going to be little chance to get bored…

If you enjoyed Valencia Long Weekend, check out our Short Breaks & City Stops. You may also like: 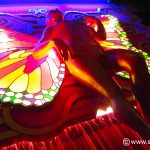 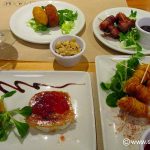 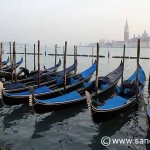