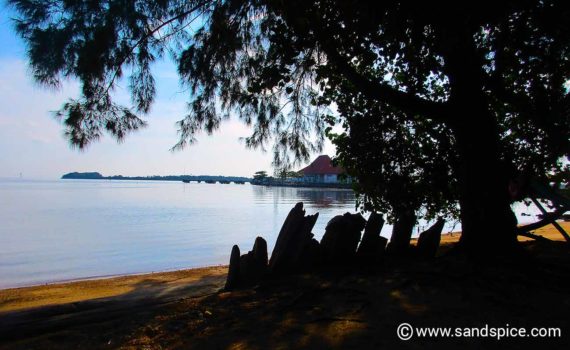 The Waru Guesthouse Karimunjawa was the first of the 4 guesthouses we planned to visit on Karimunjawa island. We had originally planned to stay at the Waru for 3 nights, but an unscheduled 2-day delay in Semarang meant we were only able to get there for the last night.

We arrived at Kariman port on the early morning boat from Jepara. I had emailed the Waru Guesthouse explaining that we would be arriving 2 days later than planned, so we weren’t expecting a pickup. However, we were pleasantly surprised to be met at the jetty by one of the staff from the guesthouse.

He walked us the short distance from the jetty, while providing useful information about the island. 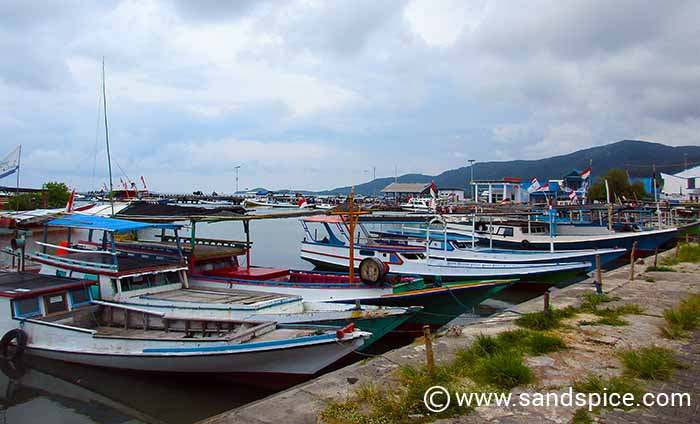 Arrival at the Waru Guesthouse Karimunjawa

When we got to there, our first impression of the Waru Guesthouse was ‘backpackers central’. The place looked nothing like the promotional photos on Tripadvisor.

Our room was located only 20 yards from the sea. However, at that time of year (November) the sea level is low. Too low to swim, unless you’re prepared to walk out a long distance. Also, being close to the port, this isn’t the cleanest place to bathe.

The snorkeling here isn’t too bad, once you’ve negotiated your way through the shallows and around the sea urchins. 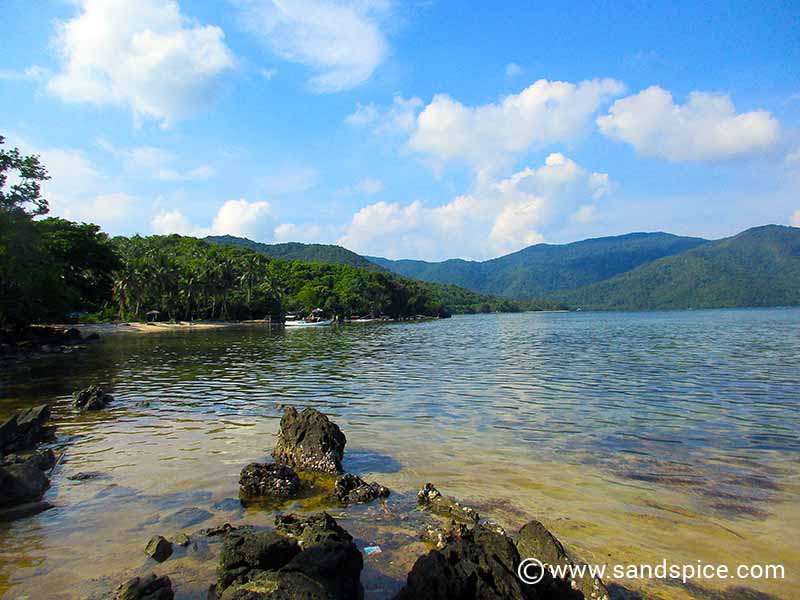 Karimunjawa beach – not far from the harbour

On the plus-side, our room was clean with a decent mosquito net and a fan (working after 6pm). The shared toilet was also clean and well-equipped. We had use of the communal kitchen where free tea, coffee, sugar and hot water is provided. On the beach on front of the rooms there are some nice places to sit and enjoy breakfast, as well as some hammocks – perfect for an afternoon doze.

For the price we paid (IDR 180,000 or €12) this is actually pretty good value, and the price also includes breakfast. 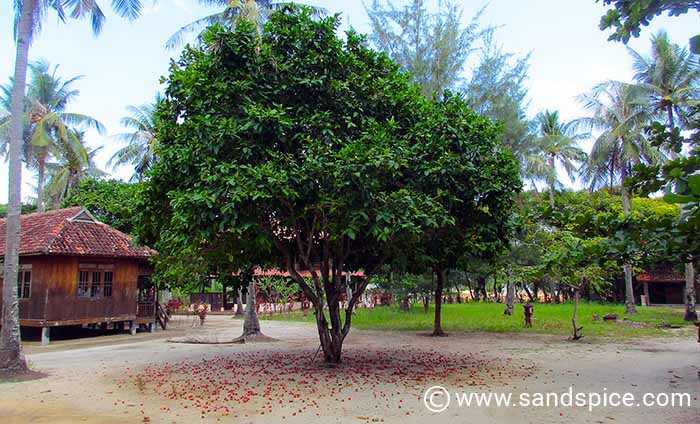 Although we only stayed for one night, we returned to the Waru the following week to hire snorkeling equipment and explore their reef. They charged just IDR 25,000 per person per day for mask and fins. You can also hire a Go-Pro camera from them if you’d like to take some underwater footage.

Although the Waru Guesthouse were entitled to charge us an extra night’s costs for the 2 days we’d missed, they only charged us for the one night we actually stayed there.

If you enjoyed Waru Guesthouse Karimunjawa, check out our Central Java Travel Plan. You may also like: