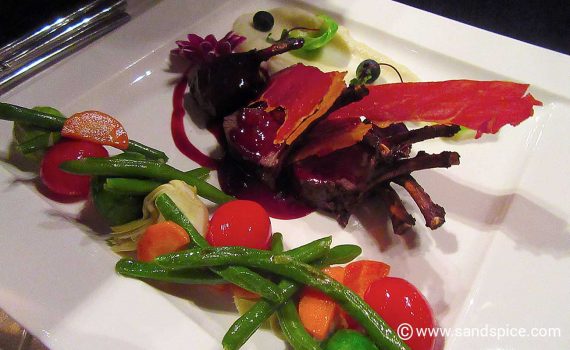 With just 4 days to spend in the historic old town, we did a little preparation to ensure that our Gdansk Poland eating out experiences would be both enjoyable and cost-effective.

From a dozen or so promising candidates we made a shortlist of 5 restaurants and cafes that ticked all our boxes, together with a couple of pubs to refresh ourselves in the afternoons. All of the places we chose are centrally located and easy to reach by foot. 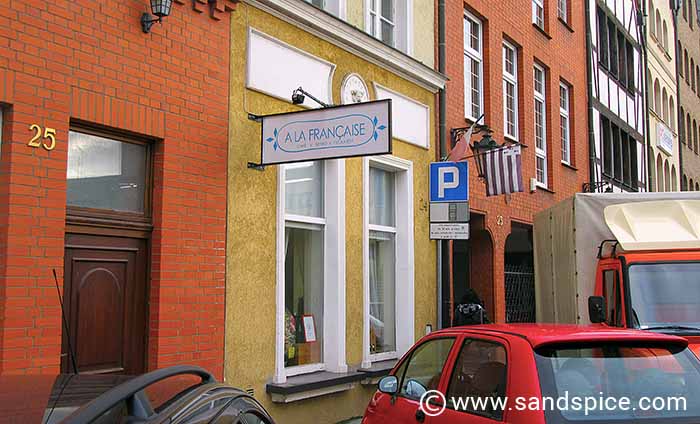 The Rekawiczka restaurant is located close to the Brama Wyżynna (Upland Gate) – the main entrance into the Old Town. The restaurant is associated with the Liberum hotel, and offers a 15% discount on all food items for guests staying at the hotel. 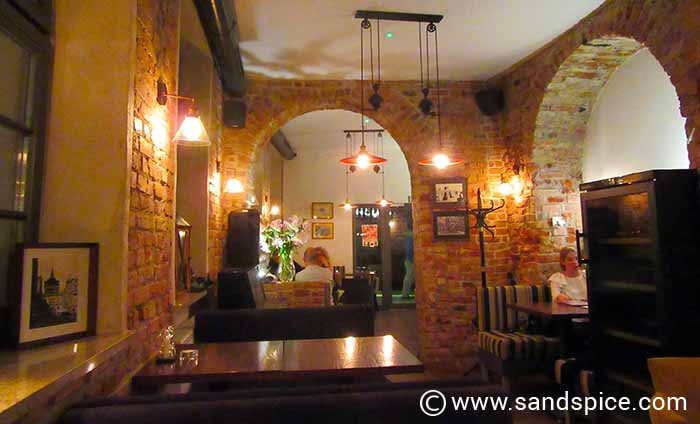 We decided to have our first evening meal at the Rekawiczka. For starters, we shared a portion of traditional Polish Pierogi (a kind of large ravioli or filled dumpling) served in a cheese sauce with a salmon filling.

This was followed by mains of Duck fillet with green gnocchi, roast apple & red current sauce and beef cheeks with potato, veggies and champignons. 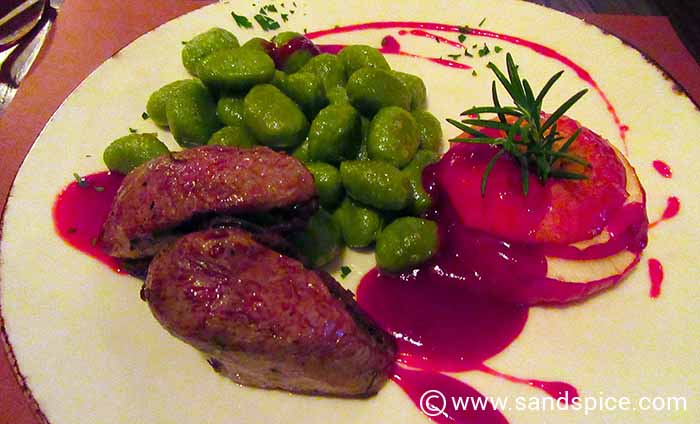 Gdansk Poland eating out at the Rekawiczka Restaurant

The food and service was good and the atmosphere very cozy.

Wednesday night in Gdansk seems to be music night. Every Wednesday at the Rekawiczka restaurant they have a pianist who plays classical music while you’re dining: A nice touch.

A few days later we also tried the excellent and varied buffet breakfast at the Rekawiczka. The set price was 35 zł per person, for a total of €17 for two.

We had our first breakfast at Cafe Libertas close to the Basilica of St Mary. We sat in the back room of the cafe, which is quite homely, and almost feels like you’re sitting in someone’s living room.

We both opted for the full Libertas breakfast with coffees – I think the picture speaks for itself. 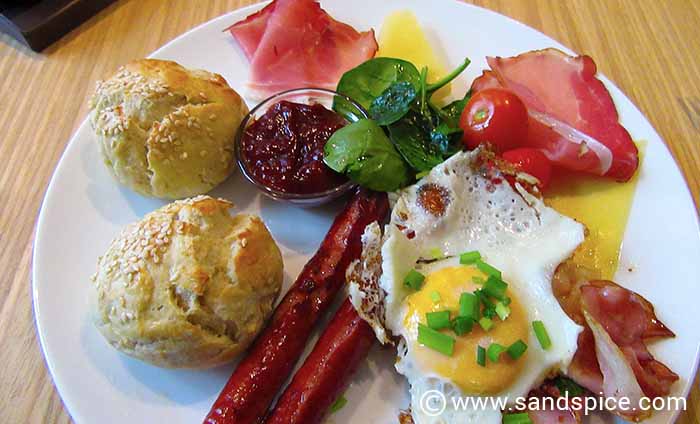 Breakfast at the Libertas Cafe

We paid 71 zł (€17) for our 2 breakfasts, which is little more expensive than both the Rekawiczka and A La Français. However, we liked it so much we had breakfast here twice.

They serve breakfast until around 2 pm, so you don’t need to hurry to get there early!

Before coming to Gdansk we had already decided to spend one night splurging out on a posh restaurant. The place we chose was a more up-market restaurant and wine bar called Literacka (‘Literary’).

In addition to the fine dining, the main attraction of Literacka was the game meat on offer – including deer and wild boar. The restaurant is located in Gdansk old town. 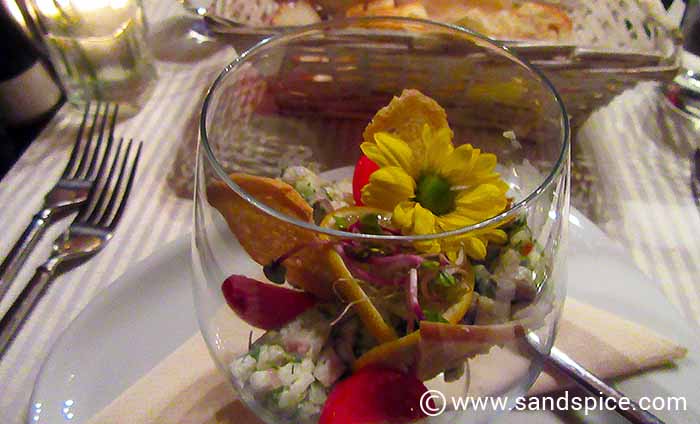 Apart from one other couple, we had the place to ourselves. For starters we took the Baltic Herring tartare and the Beef Tenderloin Carpaccio.

With so much temptation on the plates, we shared all our dishes. The food was impeccably presented and well cooked. 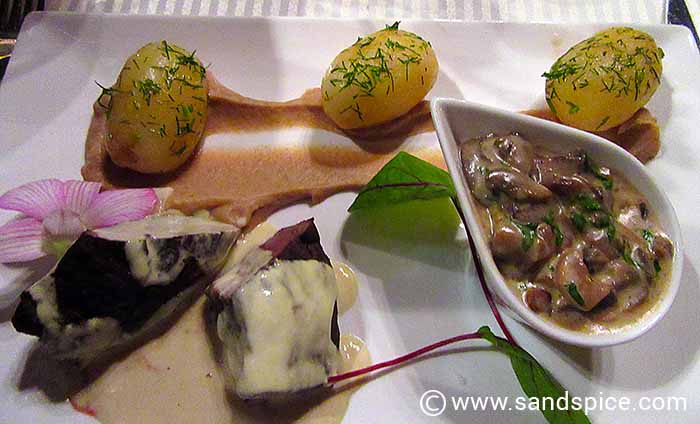 Wild Boar at Literacka – Are you game?

Together with a bottle of red wine our bill at Literacka came to 345 zł (€83). Although this was the most expensive meal we had in Gdansk it was about the same price we would pay for a standard steak restaurant back home.

Gdansk Poland Drinking Out – The Pubs!

You can’t visit Poland without sampling their home ales.

The Piwnica is a self-styled Irish pub located down a narrow alleyway right next to the Brama Wyżynna. From an outside entrance that resembles a small toilet block you descend down a flight of stairs to a Beatles-style brickwork cavern. 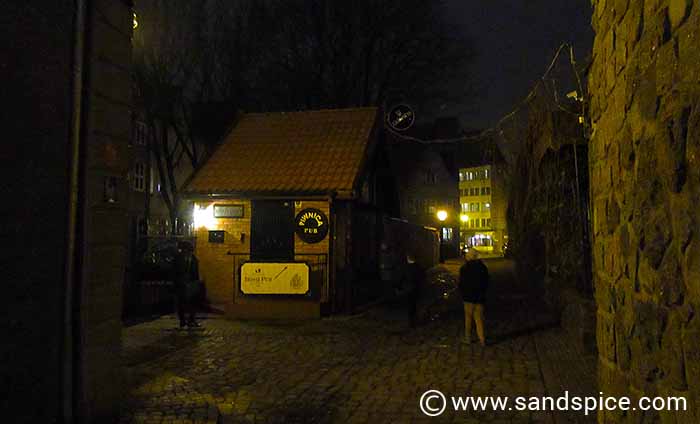 The other alehouse we tried was the Bruderschaft pub close to the Liberum hotel.

This is another cavern-like underground converted bomb shelter, with some quite unusual local beers on draft. They often have live music here, and the atmosphere is warm and friendly. We paid 71 zł (€18) for a couple of rounds. 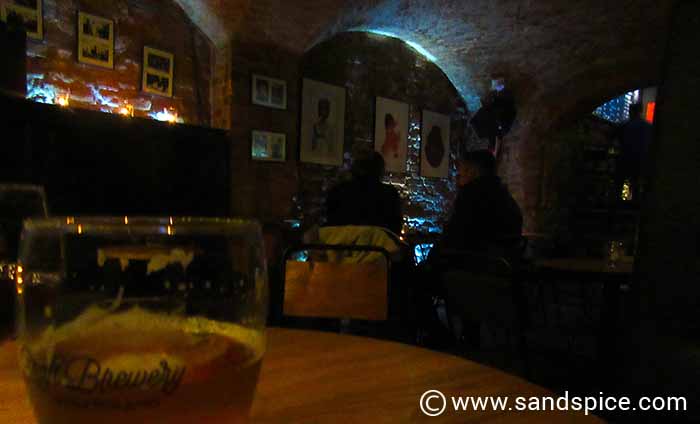 Our third breakfast venue was A La Français, located across the bridge and on the island between two arms of the Motlawa river.

We came here specifically for their seafood breakfast and an original Croque Monsieur. It was late morning when we arrived so we had the place pretty much to ourselves. We paid 57 zł (€14) for our very tasty breakfast.

Note that they are closed on Mondays. 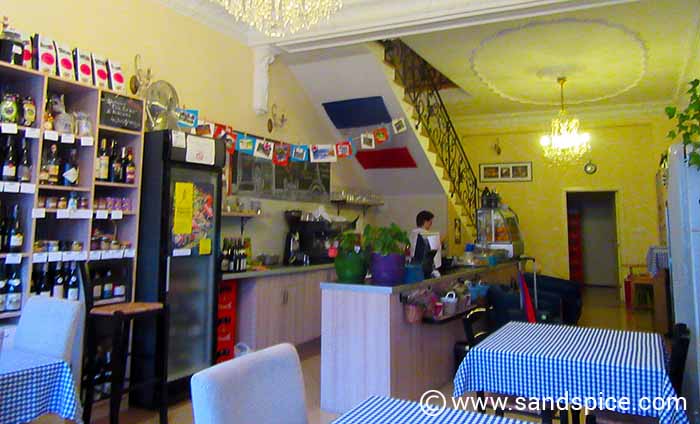 Pueblo’s is a Mexican restaurant close to the center of the old town. It’s a bright and colorful place with good food at very reasonable prices. It’s quite big inside so suitable for groups, or for just dropping in without a reservation. 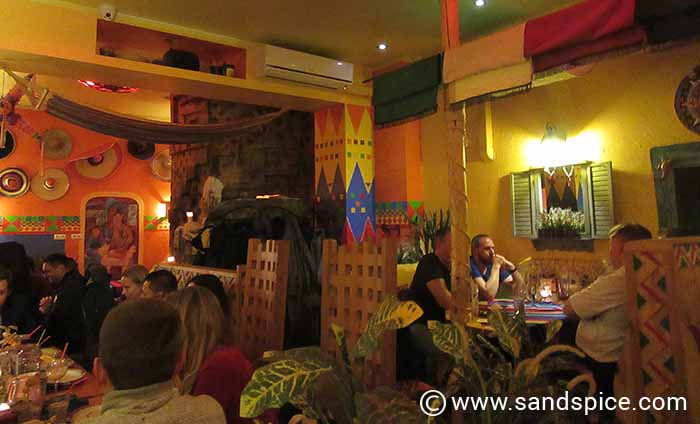 We paid 123 zł (€30) for a couple of main dishes – including a large sea bream – and a bottle of wine. Well recommended.

Luckily enough, we included plenty of walking around during our 4 days in Gdansk so were able to march off most of the calories. 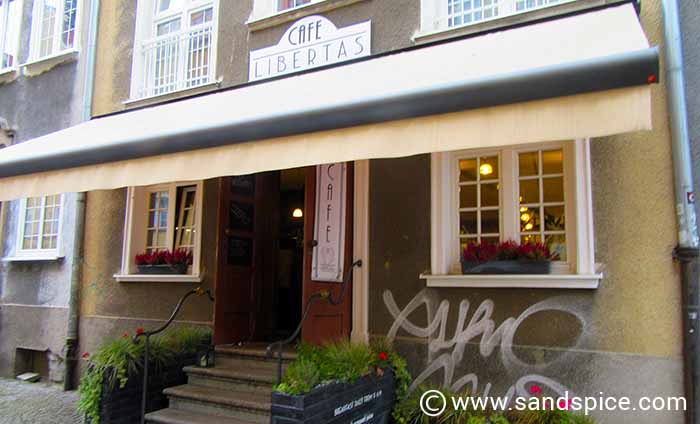 Many of Gdansk’s main attractions such as the World War 2 Museum, the European Solidarity Center and the Maritime Museum are within easy walking distance, the furthest away being the Solidarity Center (around 20 minutes from the old town).

If you enjoyed Gdansk Poland Eating Out, Agness from Etramping has a really useful article on things to do in this beautiful city. You may also like: