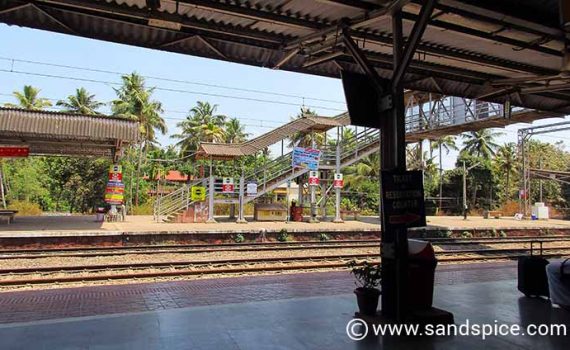 Travelling north along the West coast of India, our next destination after Varkala was Kochi. 5 days earlier, while we were still in Kovalam, we had purchased our train tickets from a Travel Agent. He had explained to us which ticket classes were available for a trip from Varkala to Kochi. He also advised us not to take Indian Railways Sleeper Class or 2nd Class tickets.

Through the agent, we managed to book 2 seats on the Rajdhani Express in a more luxurious (…or less grotty, depending on your mood) AC2 class coach. The train would take us from Varkala to Ernakulam station near Kochi. We paid just over 2,000 rupees (€39) for these tickets, including agents fees.

For anyone new to Indian Railways, there’s a whole range of different train classes which you need to get your head around. They range from expensive, reasonably-comfortable and quick… to cheap, downright slow and miserable.

The 8 classes break down as follows:

Not all classes are available on all routes. The rule of thumb is to go for AC1, AC2 or AC3 (in that order) whenever there are seats available. The other classes become grubbier and more uncomfortable as you go down the list.

The majority of cars on long-distance trips are Sleeper class. However, the name is deceptive: These trains are grimy and often crammed full – You’re unlikely to sleep, and may not even get to sit down.

If the list is a bit confusing, there’s a really useful website resource on all things to do with Indian trains – The Man in Seat 61.

So, when we headed off to Varkala train station we were looking forward to a reasonably pleasant 4-hour journey to Kochi on our pre-booked AC2 Rajdhani Express. 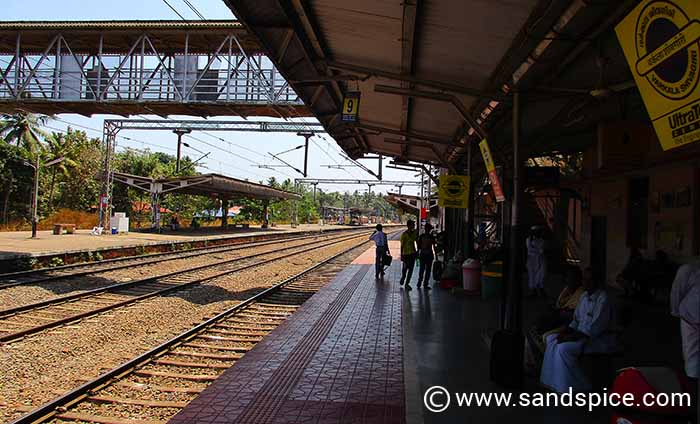 In India things often don’t go according to plan

We got to the station with a good hour to spare before our train was due.

As I walked past the Station Master’s office I saw a notice with a lot of unfamiliar numbers and codes, but the one thing I could make out was the train number – 12625 – and the handwritten text Cancelled.

This was the start of a 3-hour process of trying to claim a refund on our unused ticket and booking another train. Each step of the process involved queuing at a different booth (in a place where queuing isn’t a concept that’s well understood).

After a while, we discovered we couldn’t claim our 2,000 rupees on the cancelled ticket because it was booked through a Travel Agent’s account in Kovalam – only the Travel Agent could make the claim.

Well, we weren’t going back to Kovalam, so goodbye to that.

We then found out that, of course, all reserved seats on the next train were sold out (there was even a waiting list – see The Man in Seat 61). If we wanted to travel today, the only option was to buy Sleeper Class tickets on a train due to leave in 2 hours time.

We already had our guesthouse booked in Kochi for that evening, so with no alternative we decided to embrace the horror, and bought 2 Sleeper Class tickets for 120 rupees each (€1.70). 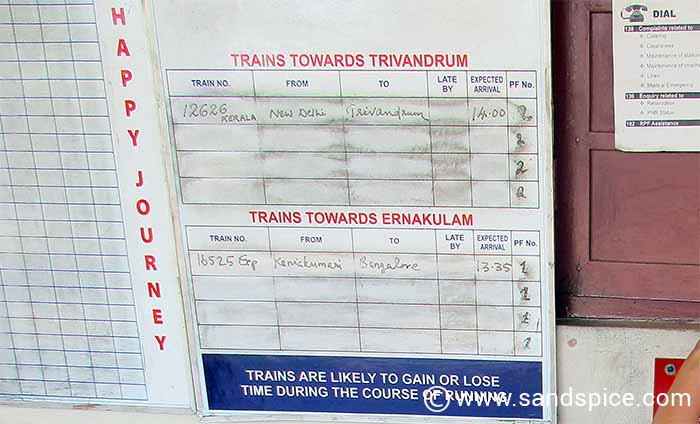 As the time approached for our train to arrive, the platform got more and more crowded. So there was quite a crowd assembled to watch as a really long, grimy train with open window grates and dozens of Sleeper cars slowly pulled into the station.

Even before it stopped, we could see that the Sleeper cars were already jammed full of people – most of them standing up.

We fought our way onboard, hauling our unwieldy rucksacks behind us.

Like all the others, our coach had standing room only. It looked like we were in for an unpleasant 4 hours or so. We were the only foreigners onboard – the few other foreigners we’d seen on the platform were no doubt in the limited pre-booked AC coaches. 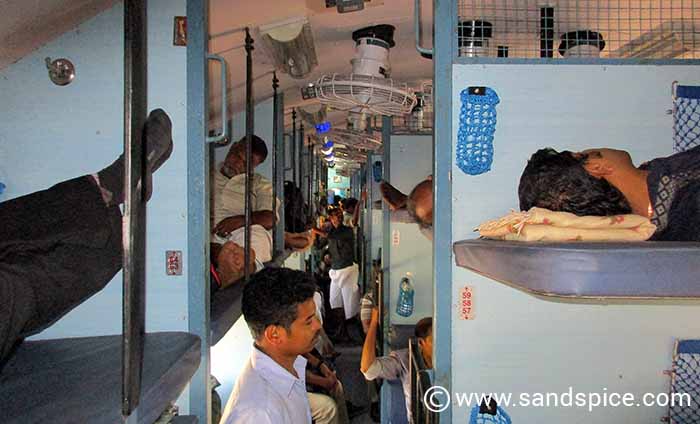 The thing that struck me the most about our coach was the way the locals occupied the available seats and benches. Long benches easily comprised half of the available seating. They were all occupied by men, with legs stretched out, sleeping.

They seemed oblivious to the hoards of passengers, many of the them women both old and young, who were standing uncomfortably in the aisles. Each bench could easily have accommodated 3 or 4 passengers if these guys bothered to sit up and make room.

This seems to be just the way things are in India: Men first, and little empathy for the rest.

The train made lots of stops with people getting on and off, so we were eventually able to snatch a couple of seats for ourselves. This was really welcome. Standing in the aisle for an hour was tiring, with hawkers constantly trying to squeeze past lugging huge baskets of goods. 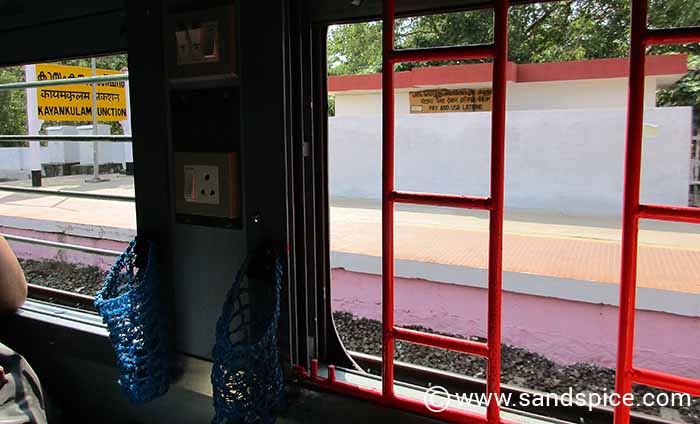 When we finally arrived at Ernaculum Town station in Kochi it was getting close to dusk. However we still had another 1 hour journey to take us to our guesthouse in Fort Kochi.

We’d survived our first train journey of the trip, but it wouldn’t be the last (nor necessarily the worst).

If you enjoyed Indian Railways Sleeper Class, check out India West Coast – Kerala to Goa. You may also like: 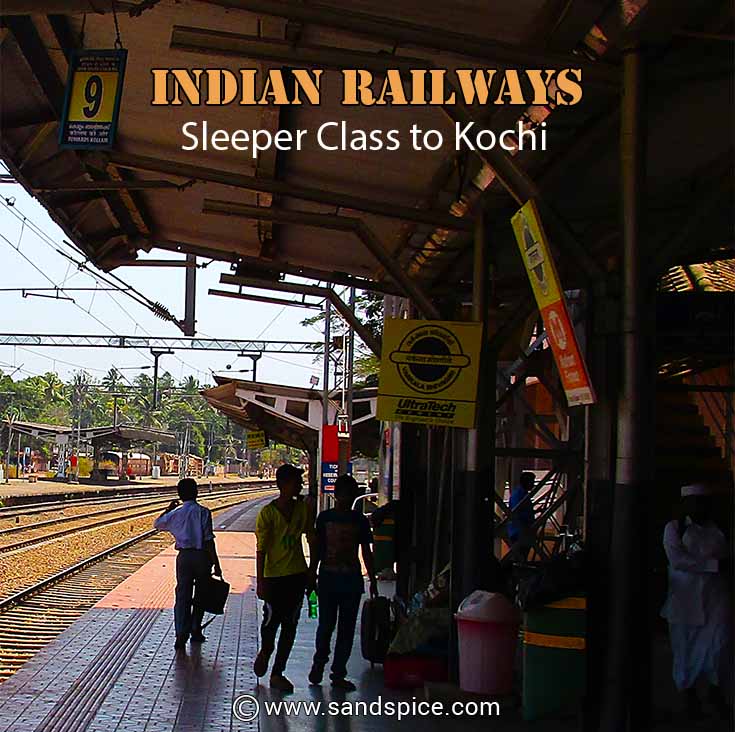 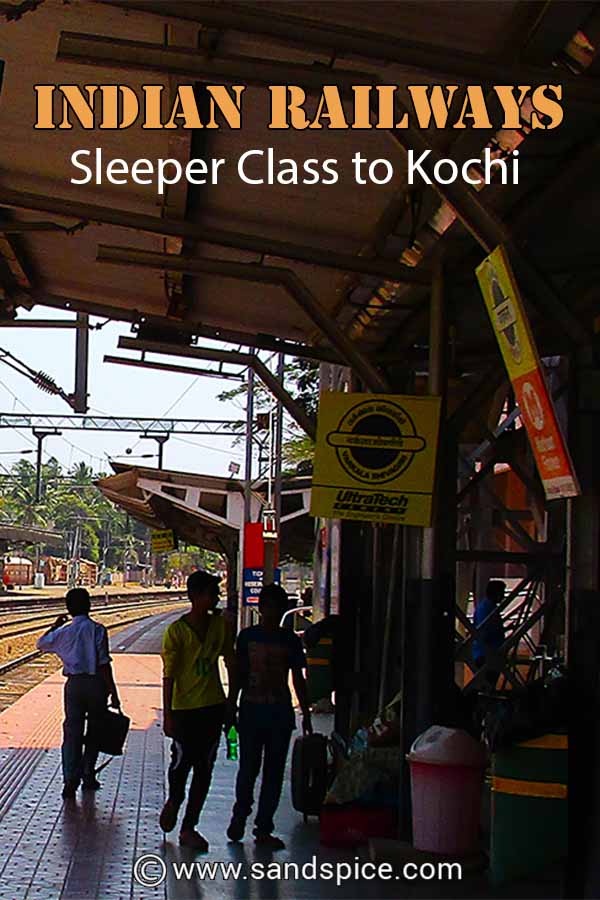 That’s a really useful resource! Thanks

I’m no authority on telescopic fares on the Indian railway system, but there is an interesting article on this subject on the ‘Trainman’s website at http://www.trainman.in/blog/break-journey-and-circular-journey/

Check it out, and let us know if it helps…