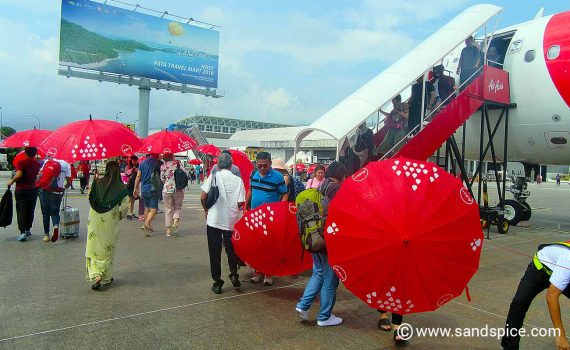 Following a few days in Phuket, we planned to take a short AirAsia flight south to the tropical island paradise of Langkawi. We were curious to see how the AirAsia inflight experience compared to other budget Asian airlines such as Lion Air and (the now bankrupt) Jet Airways.

Although there is a boat that runs between Phuket and Langkawi, the cost is about the same as a budget flight. Also the flight – including a transit stop in Kuala Lumpur – is actually quicker.

We booked our AirAsia flights online, 2 months earlier. Their booking website is very user-friendly, and you can get some great bargains if you book early enough. We paid the equivalent of €58 each for single flights travelling from Phuket to Kuala Lumpur and then onwards from Kuala Lumpur to Langkawi.

Count on at least 45 minutes to get to the airport from the main beach areas of Phuket (early morning or late night). At any other time the journey can take twice as long. You can anticipate long queues at the airport. If you’re short on time, the whole experience can be quite stressful.

Make sure you still have your embarkation card: If not, you’ll lose your place in the queue and will be facing even longer delays. 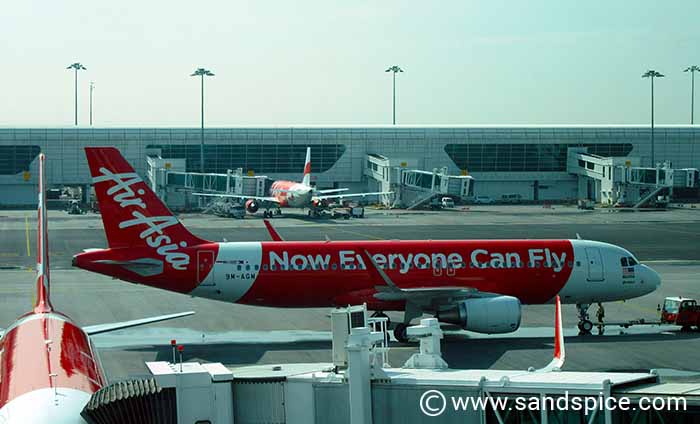 Our flight from Phuket to Kuala Lumpur was short and comfortable. Unlike equivalent European budget airlines such as Ryanair or Easyjet, we were offered complimentary warm snacks and drinks. 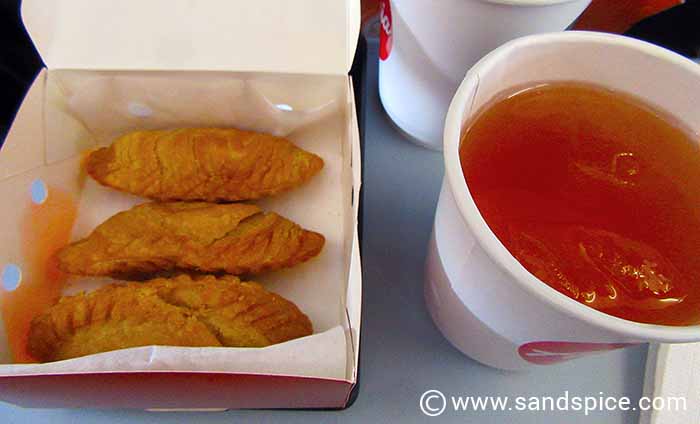 In-transit through Kuala Lumpur and Arrival in Langkawi

We had a couple of hours at the airport in Kuala Lumpur to find our connecting AirAsia flight. This means transferring from KL International (KLIA ) to KL Domestic (KLIA2). For this you need to take a short train ride using the KLIA Transit Service (RM 2 per ticket).

Our transit went smoothly, and we were soon on our next flight for an even shorter hop over to Langkawi.

We were suitably impressed with the service and efficiency of AirAsia. Additionally they offer a Big Loyalty scheme to all customers for even greater savings. 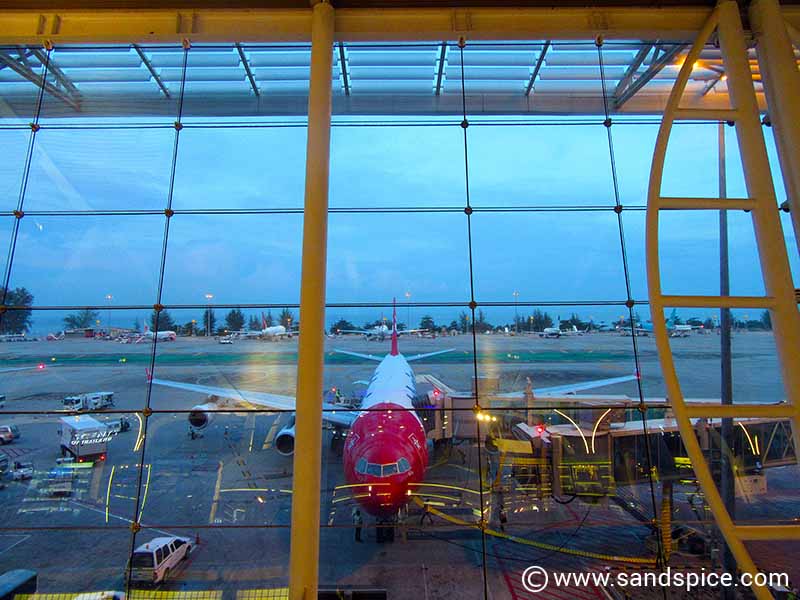 It was raining when we arrived in Langkawi, but the AirAsia staff had anticipated this. We had a covered gangway down from the aircraft to the tarmac where we were offered colorful red umbrellas for the short walk over to the terminal.

Quite a different experience from European budget airlines, who allow you to get soaked in the freezing rain while inefficiently be made to wait to embark/disembark the plane.

Despite the rain on arrival in Langkawi it was warm, and we were looking forward to a week of tropical relaxation.

We would be staying at 2 locations on the island. The first of these in the capital – Kuah, the second close to the popular beach areas around Pantai Cenang. Our first objective after passing through customs was to get some local currency, followed by a taxi to our hotel in Kuah.

If you enjoyed AirAsia Inflight Experience, check out Island Hopping from Phuket to Penang. You may also like: 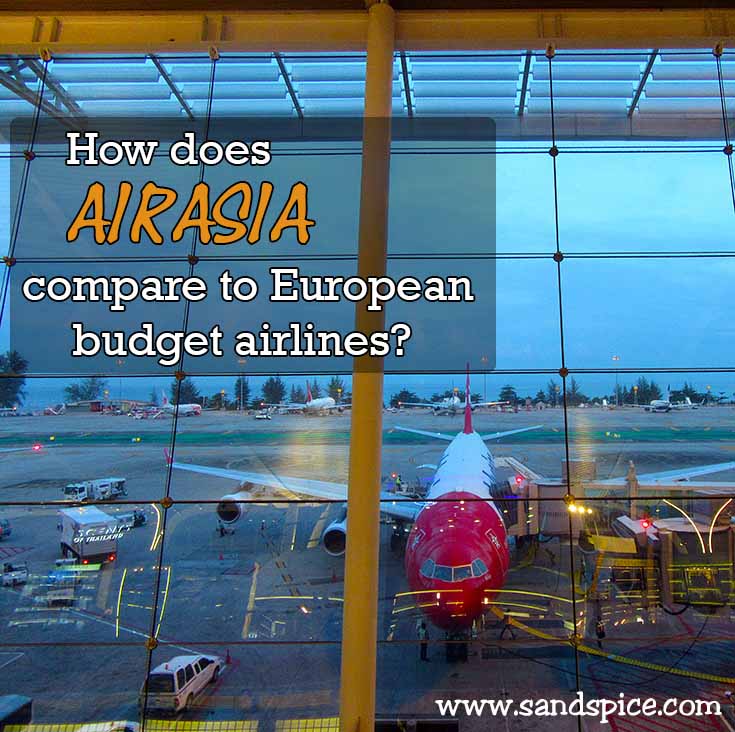 Gosh, I miss going on a budget airline anywhere! 🙂