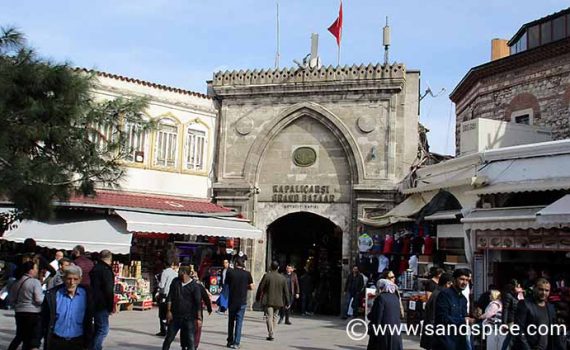 One of the bonuses of a short stay in Istanbul is the opportunity for shopping. There are some great bargains to be had in the bazaars and highstreets of the city, and if its leather you’re after, look no further. You’ll find that shopping for leather in Istanbul can be a very social activity.

If you have the time, probably one of the cheaper places for leather shopping is away from the center – in the Zeytinburnu district. This is around 5 km to the west of central Sultanahmet. It was our intention to spend our last afternoon shopping for a couple of leather jackets, but our limited time was rapidly running out.

Of course, leather shops are just about everywhere in the city, so it wasn’t long before we were drawn into a couple to check out the prices. 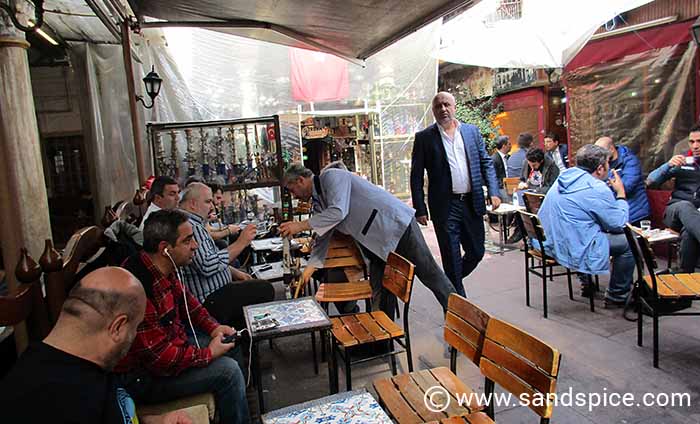 Some of the cafes are definitely ”Men Only”

Shopping for Leather in Istanbul

We started with our local bazaar in Sultanahmet – the Arasta bazaar. My wife tried on 2 stylish, well-fitted full-length leather coats – one red and one green, both with fur hoods. I tried a black leather jacket myself. These garments were made from a very soft quality of leather which appealed to us both.

Next begins the bargaining game.

The seller’s opening gambit was 2,500 TL for the red coat and black jacket. After the traditional cup of Turkish coffee and considerable humming and hawing, we ended up with a proposed price of just over 2,000 TL (€650) for the two jackets.

These were beautiful coats, and vibrant leather colours like this are next to impossible to find back home. However, we thought we could do better…

Since this was our first foray into the Istanbul leather market we decided to extend our search in the little time we had remaining. 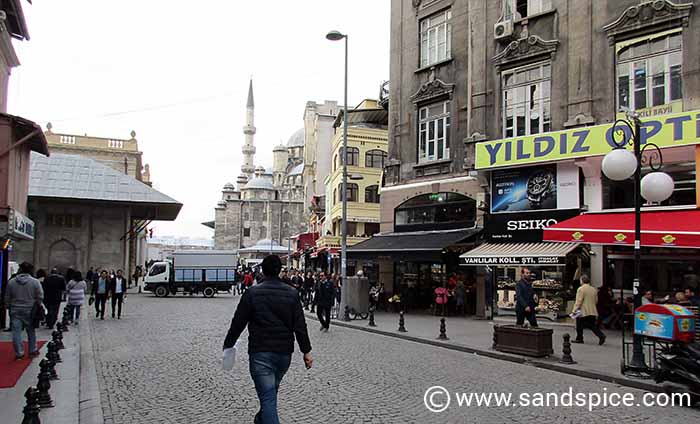 Shopping for leather in Istanbul

The next morning we headed out early after breakfast.

Our destination was the main tramline just north of Sultanahmet park. From there, we would follow the tramline west. This would take us up the main Yeniceriler shopping boulevard as far as the Grand Bazaar and beyond. Plenty of shops, lots of places to eat and no chance of getting lost on foot.

The Grand Bazaar: Interesting enough, but probably not the best place for your weekly shop.

Clearly, a lot of Russians come to Istanbul to stock up their boutiques back home. Russian is spoken pretty well everywhere. We tried out several shops before settling on a place with lots of choice and likeable, professional staff. We took our time trying on a variety of styles before we whittled our wishlist down to 3 coats: but we couldn’t decide which to choose.

We had a green coat with hood – almost identical to the coat we tried the previous day (except this was reversible with a different internal colour: 2 coats in one). In addition, we had a fur-lined full-body black coat, and a well-fitted men’s leather jacket. All super-soft, high-quality leather.

Cue the Turkish coffee, and sit down for a chat.

15 minutes later, we agreed a deal of 1,400 TL cash (€450) for all three jackets. One of the young lads accompanied me to the cash machine on the High Street to finalize the deal. 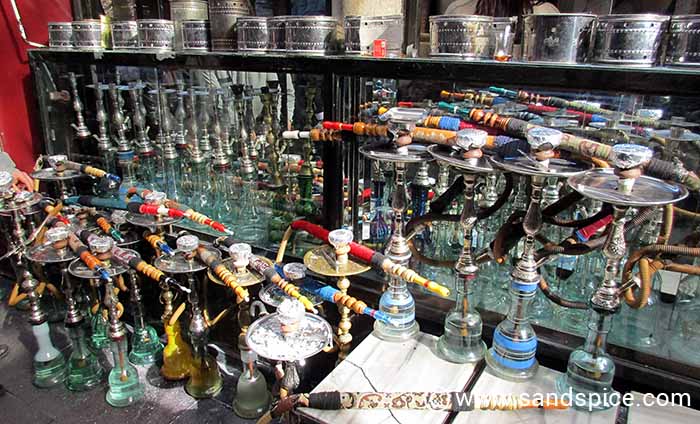 Shopping for leather in Istanbul – and for shishas!

We hadn’t even got as far as the Grand Bazaar (it was just a further 2 minutes up the road). However, we considered this Mission Accomplished, and were grateful for the extra time we would now have to enjoy the city before our departure in the evening.

Since we were so close to the Grand Bazaar, we did pop in for a look around. It’s an interesting enough place, but attracts hordes of tourists. Probably not the cheapest place for your weekly shop. 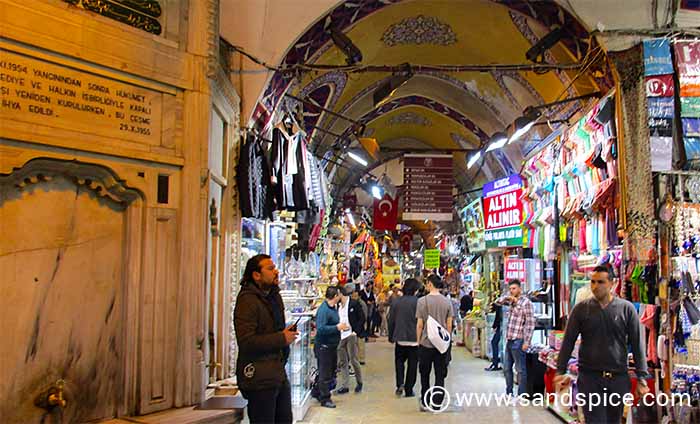 The Grand Bazaar? Maybe not if you’re shopping for leather in Istanbul

On a final cautionary note, on 19 March 2016, another suicide bombing took place in Istanbul’s Beyoğlu district – a popular shopping area. As a result, tourism and local businesses have been hit really hard, forcing many of the smaller traders to close down.

If you enjoyed Shopping for Leather in Istanbul, check out our Short Breaks & City Stops. You may also like: 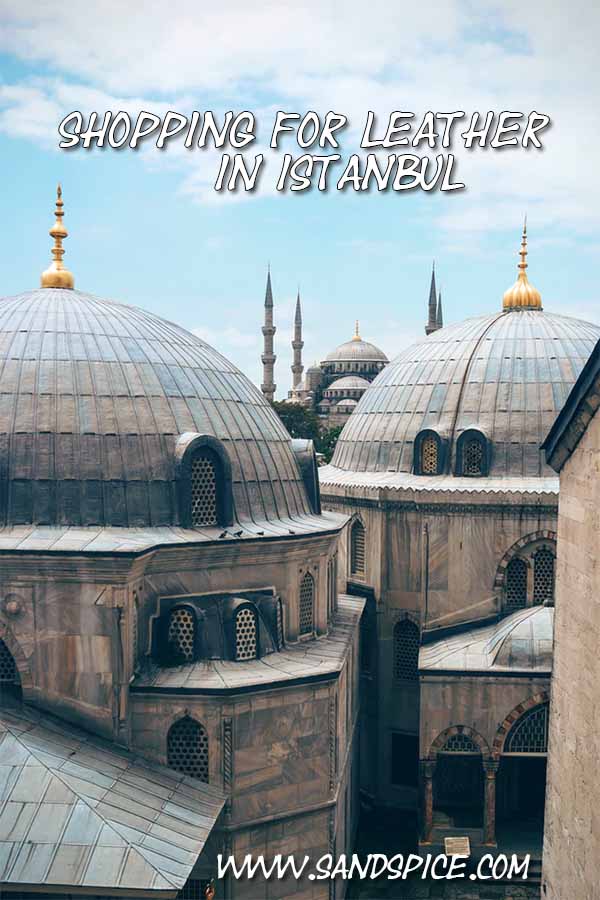 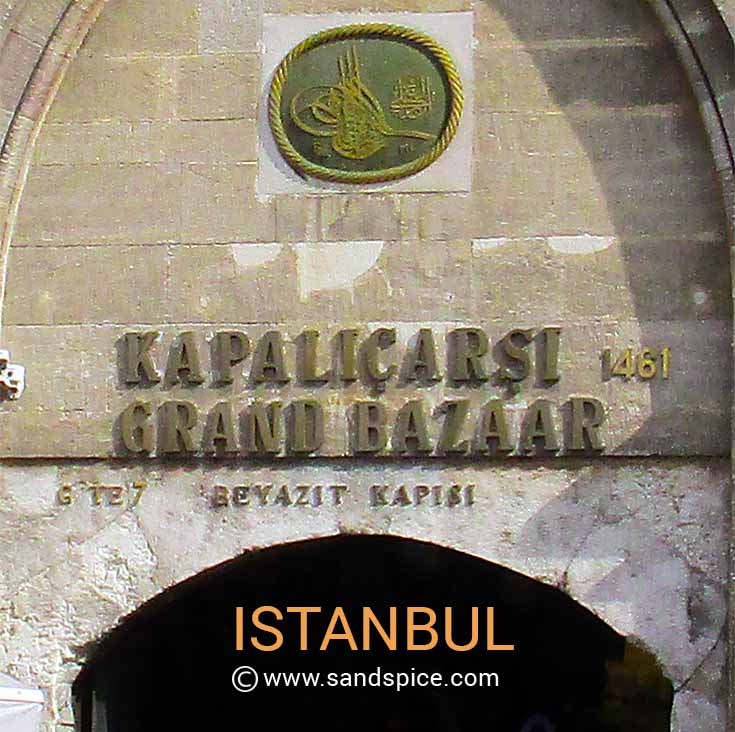