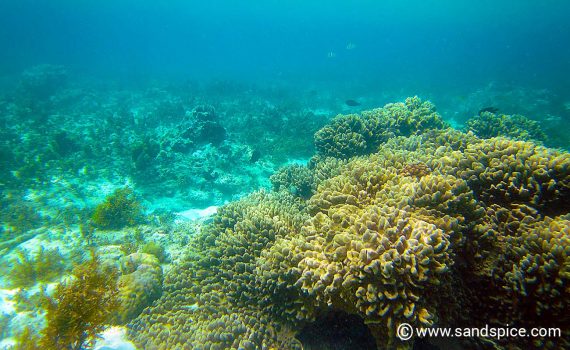 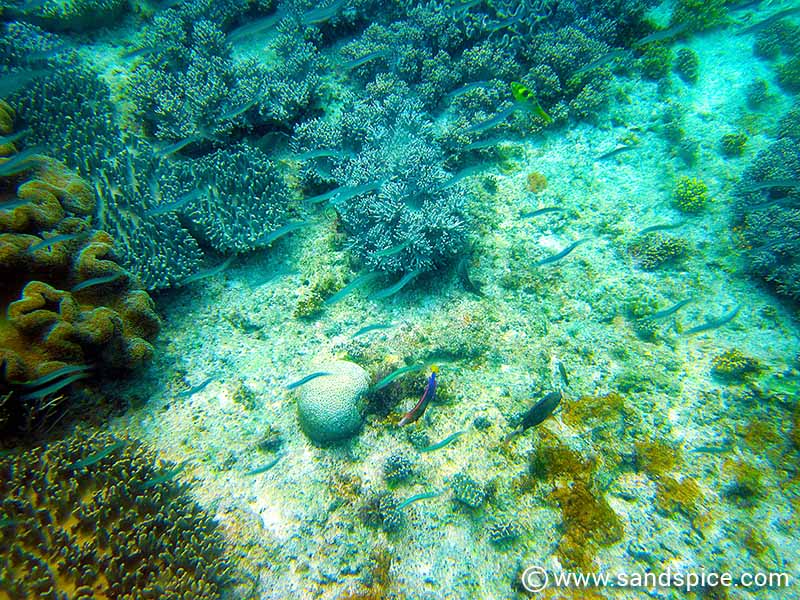 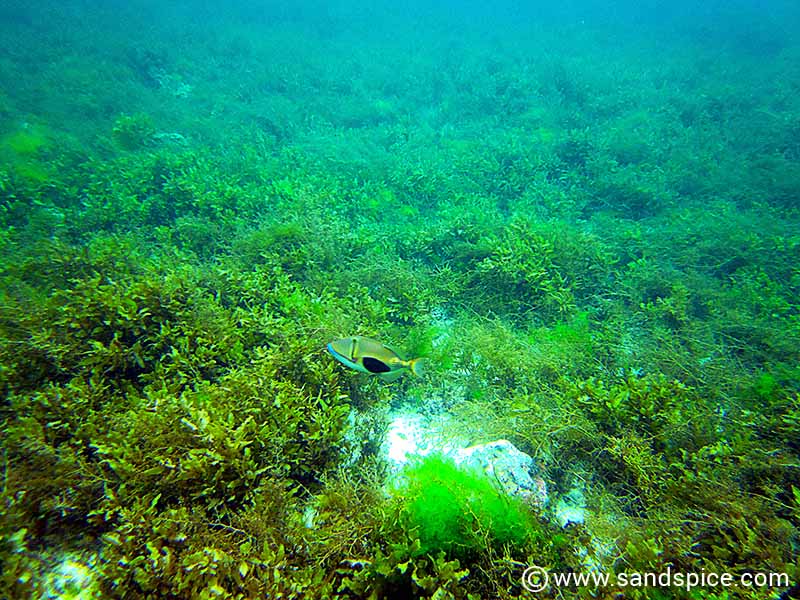 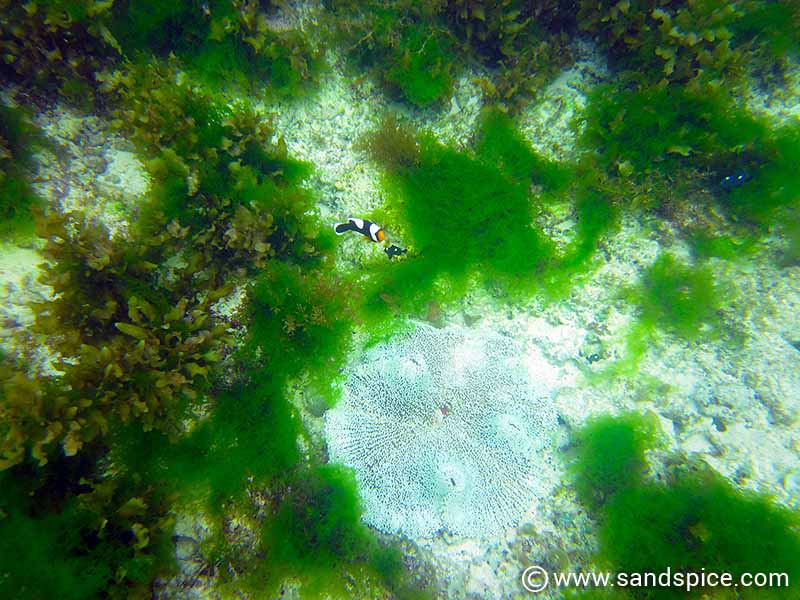 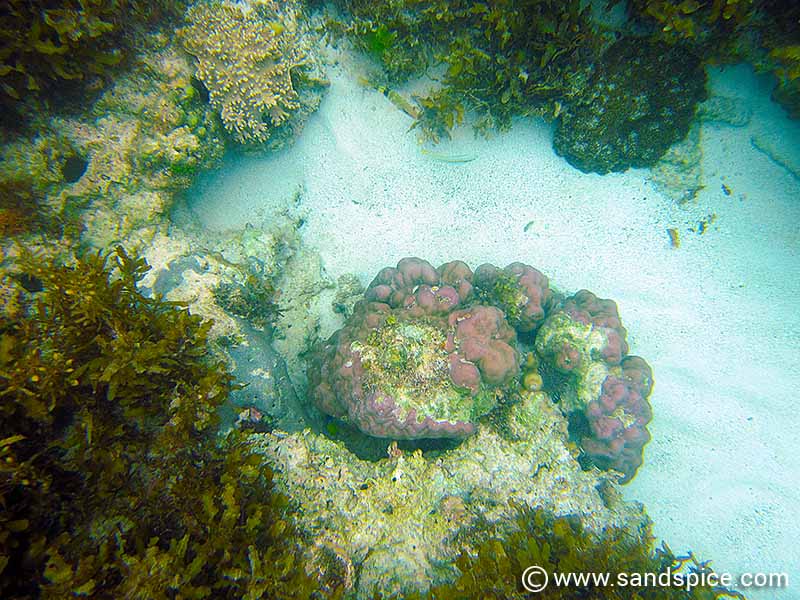 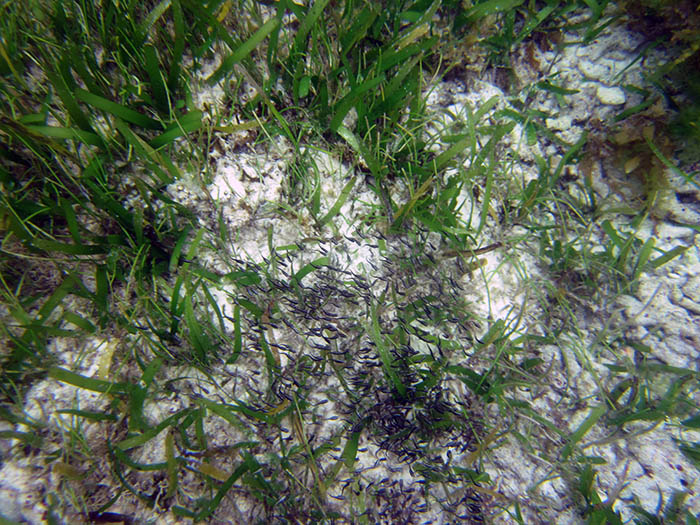 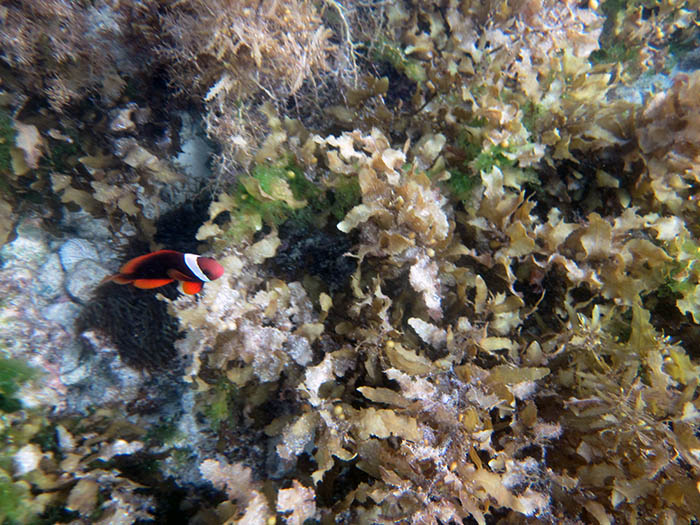 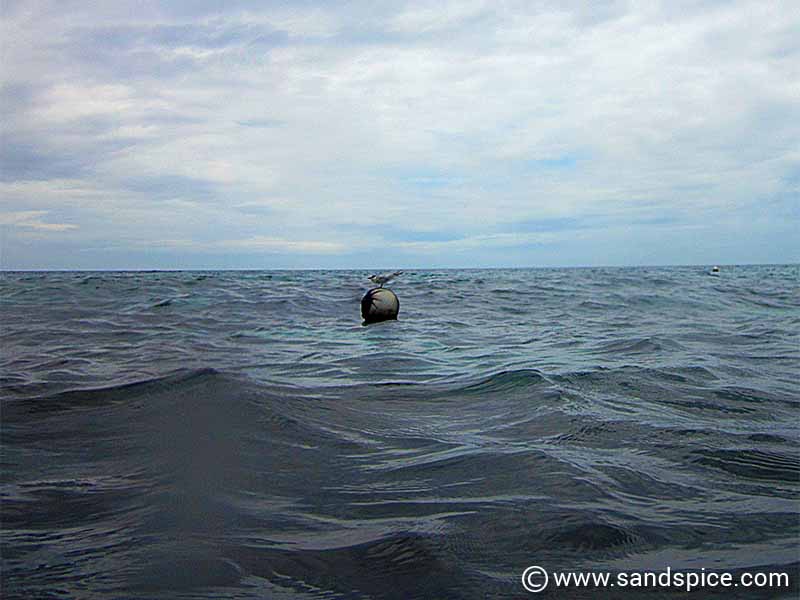 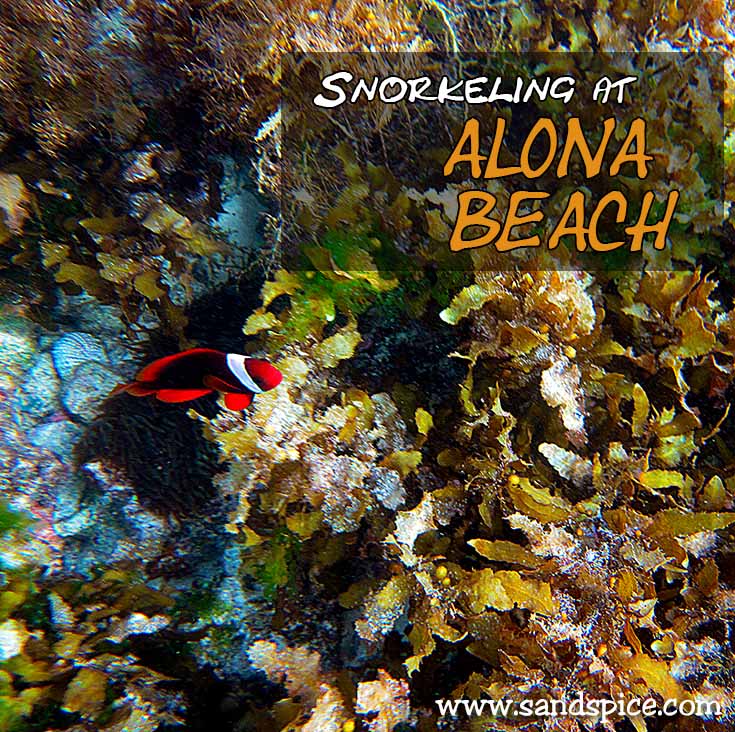 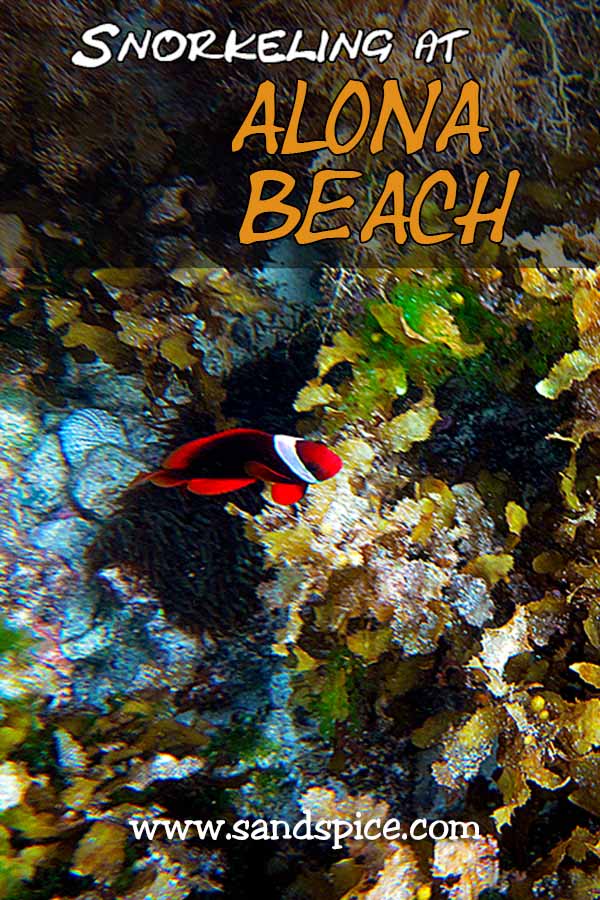 I’m here today and tomorrow at Alona trying to find the reef. Do you mean left end when looking on a map (as in west part), or do you mean turn left when standing looking at the beach? I’ve not yet dared swim so far out yet.

When you’re standing on the beach looking out to sea, head towards the left-end of the beach where the rocks start.
Swim out about a hundred yards (it’s very shallow here) and you should find a very large snorkeling area heading away to your left surrounded by a rope and buoys.

When I was there, they had life guards watching from the cliffs above.

In the shallows, keep an eye out for the sea snakes! You don’t want to go upsetting them

I’ve been searching for info on Alona beach snorkelling for the past two days, and only got snippets of information…until now.
This post is exactly what I needed, answering my questions of where to go off the coast of Alona Beach (without hiring a boat etc etc).
One other question – if you don’t have waterproof bag for your valuables (cash for example), are there lockers to store on the beach front?

Glad the information helped.
A lot of people did seem to take diving/snorkeling boat trips from the diveshops on Alona Beach. You can even take a longer trip from here to swim with the whale sharks near Cebu.
We preferred to save our cash and just find our own way off the beach and across the reef edge. Regarding valuables, we didn’t see any storage lockers. If you don’t have a nearby guesthouse where you could leave stuff, for a small fee you could probably leave items with one of the diveshops on the beach (though I wouldn’t fancy leaving cash there). You may even want to hire your snorkeling gear from them: Saves on the luggage space and they don’t charge much for just a mask and fins.

Heya i’m for the first time here. I came across this board and I find It really useful: It helped me out a lot. I hope to give something back and help others like you aided me.

We’re glad you found the information useful. The Philippines includes so many destinations and activities that it can be difficult to know where to start. We spent a lot of time planning our trip, but after just 3 weeks there we saw only a fraction of what this country has to offer. Hpoefully, on our next trip we’ll have more time…