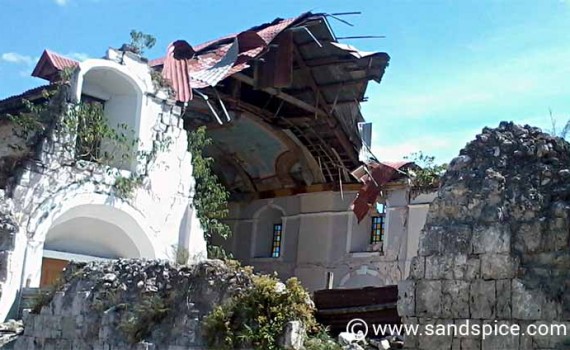 Before leaving Loboc, we stopped to take a closer look at the damage caused by the 2013 Loboc earthquake.

The magnitude of the earthquake was recorded at 7.2, with an energy equivalent to 32 Hiroshima bombs. This was the deadliest earthquake in the Philippines in 23 years. Hundreds were reported dead, with tens of thousands of structures damaged. 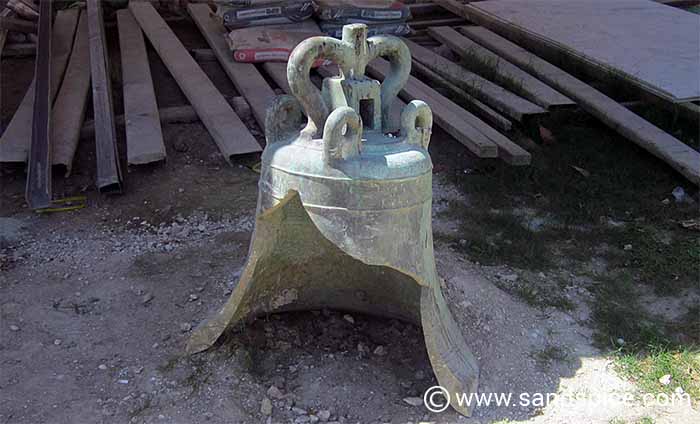 It’s no wonder the Filipinos are a God-fearing nation. Loboc in particular suffered catastrophic damage from the earthquake and subsequent flooding. The effects can be seen everywhere, on land and underwater.

Earthquakes, floods, hurricanes – basically all the worst bits from the Old Testament

The salvage/restoration work is still in evidence wherever we looked, on the riverbanks as well as in the villages. 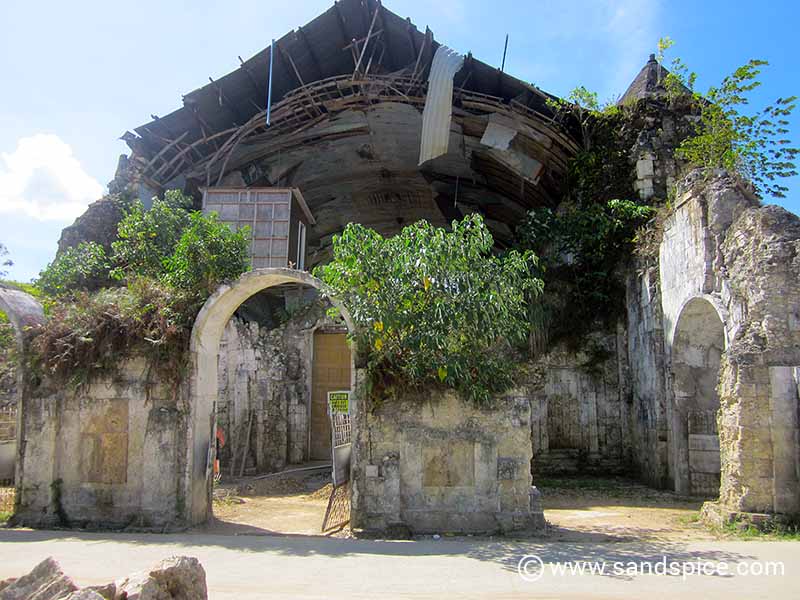 Already, a new church has been constructed next to the site of the destroyed Loboc church. 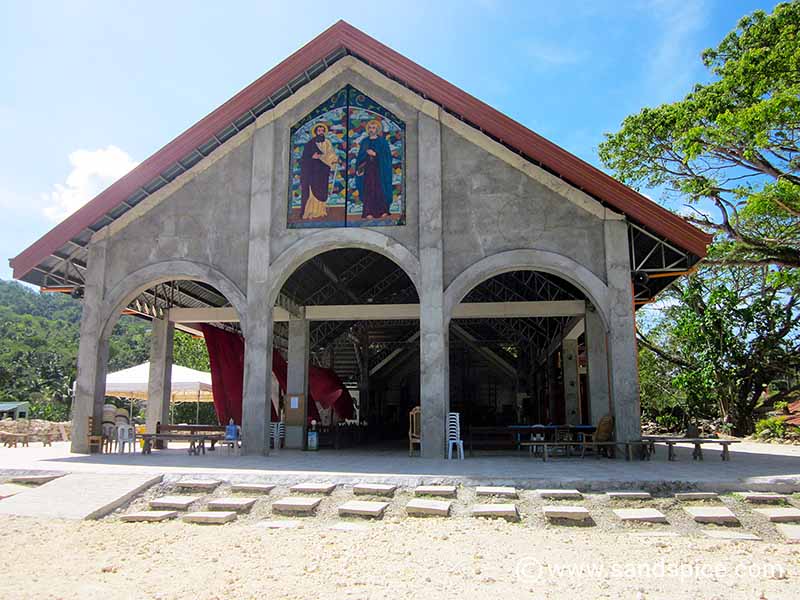 After spending 3 days in the relative seclusion of the Loboc countryside, we were heading back to the Panglao peninsula

The previous week, we had spent a few days on the south coast of Panglao – at Alona Beach. This time, we planned to visit the more tranquil north area of Panglao. Our journey would again take us through Tagbilaran, which would be a good excuse to do some shopping at the Mall before heading south.

We were approaching the end of our travels through Bohol: Panglao was in easy reach of the airport, for our return flight to Manila.

We flagged down an air-conditioned bus from the roadside just outside Loboc. It took 40 minutes to reach Tagbilaran. The fare cost us 30 pesos, which is 5 pesos more than the non-air conditioned bus.

At Tagbilaran, we again ate and shopped in the mall. Clothes and souvenirs are great value here. After this we took a trike (300 pesos) to our guesthouse in Panglao. This journey took around 30 minutes.

The Seaside Boutique guesthouse is not easy to find, even when you know the address. The trike driver needed to ask around several times before we found it at the end of an obscure long country path.

If you enjoyed 2013 Loboc Earthquake check out Philippines Central Visayas – Cebu & Bohol. You may also like: 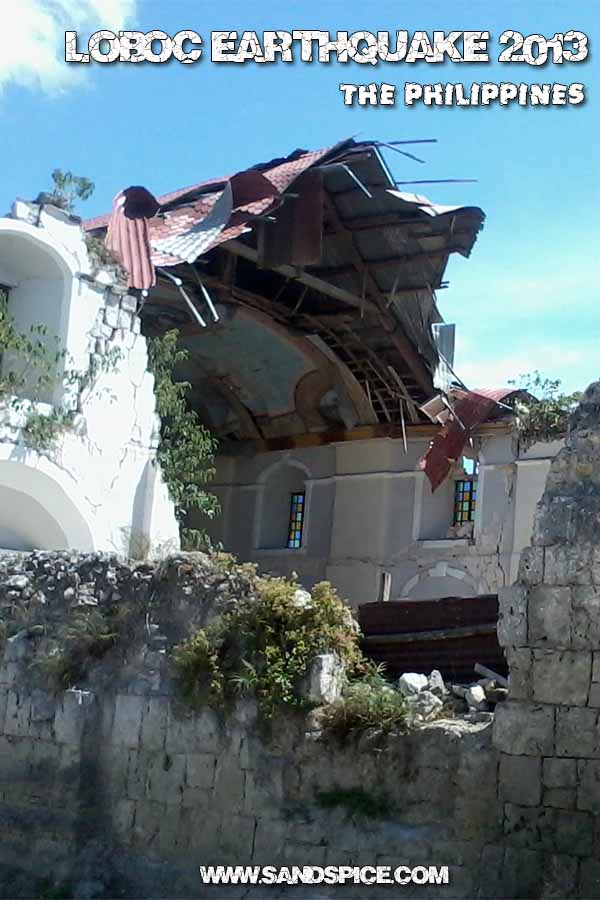 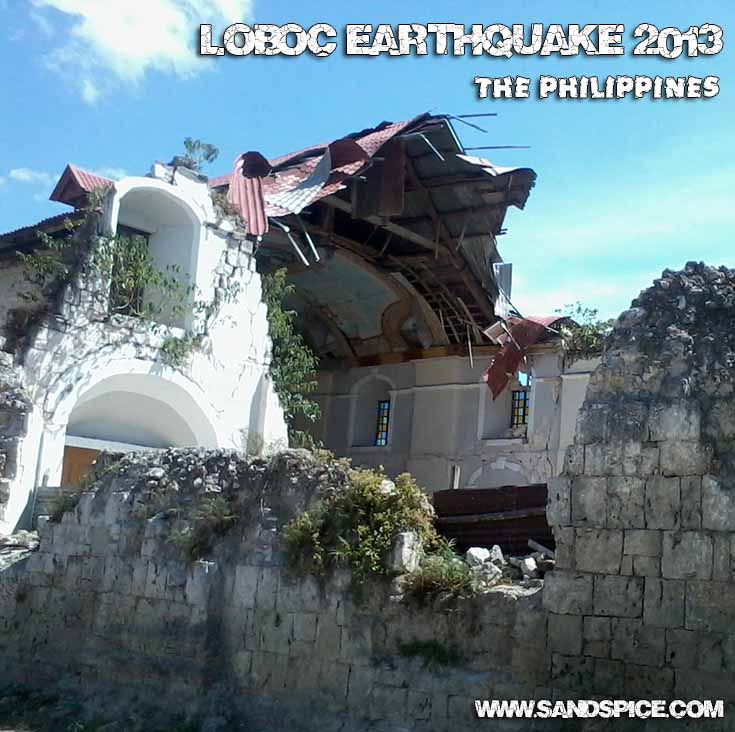