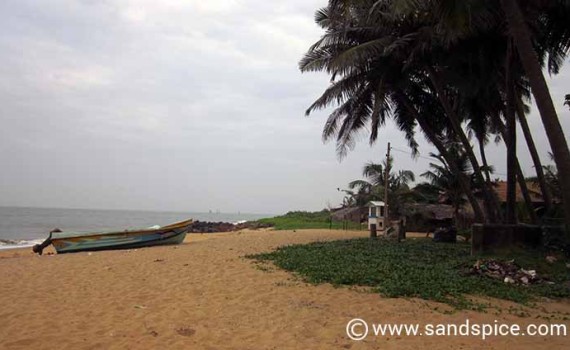 For many visitors to Sri Lanka, Negombo will be your first port of call. This actually makes a lot of sense if you are planning to head east to the central areas. For us also, this was the logical choice since our flight arrived in Sri Lanka in the early evening, and Bandaranaike International Airport is actually much closer to Negombo than to Colombo. We were therefore heading to a modest establishment called the Ceylonica Beach Hotel in central Negombo.

If you are heading south down the coast, then Colombo would be a logical first stop. It all depends on your itinerary.

In our case, the plan was to save the beaches until the second half of the trip. We would start off by visiting the cooler (and wetter) central highlands, and gradually work our way down to the south coast of Sri Lanka from there.

We were also quite happy to have an excuse to avoid the capital, Colombo. Maybe on the way back we would spend a night there before taking our flight out. 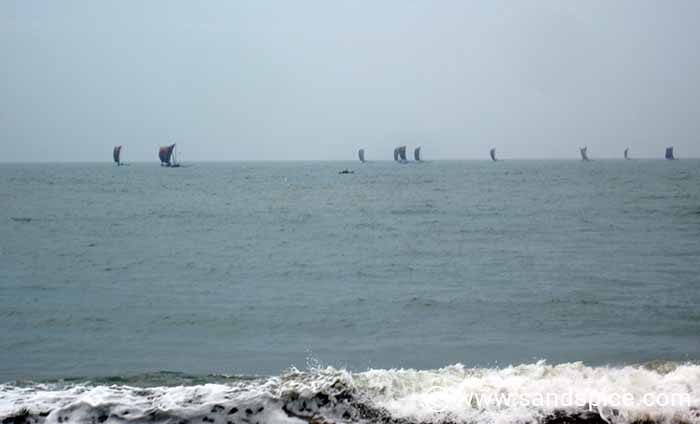 We took a taxi from the airport to Negombo for 1,500 rupees (around US$10). We didn’t want to mess around with local transport, since we were arriving after dark and wanted to check in to our hotel at a reasonable time. If we had arrived earlier in the day, we would have taken a bus and found the hotel ourselves.

We stayed at the Ceylonica Beach Hotel for one night (it was early February). We booked ahead ($25) as it was our first night in Sri Lanka and we were arriving late.

The room they gave us was in a very pleasant green garden area right next to the beach. The rooms were arranged in a sort of motel complex next to the main reception building.

The staff were friendly and the breakfast (included in the price) was fine. Like most of the other places we stayed in Sri Lanka, they had WIFI in the main building and a mosquito net in the room. Our room was basic with attached bathroom.

All in all, the Ceylonica Beach Hotel is fine for one night on your way in (or out) of Sri Lanka.

Once we had sorted out our room, we headed out along the beach to find somewhere to eat our first Sri Lankan meal. After scouting around, the most likely-looking place was just a few buildings away from our hotel, at the Beach Villa Guest House. 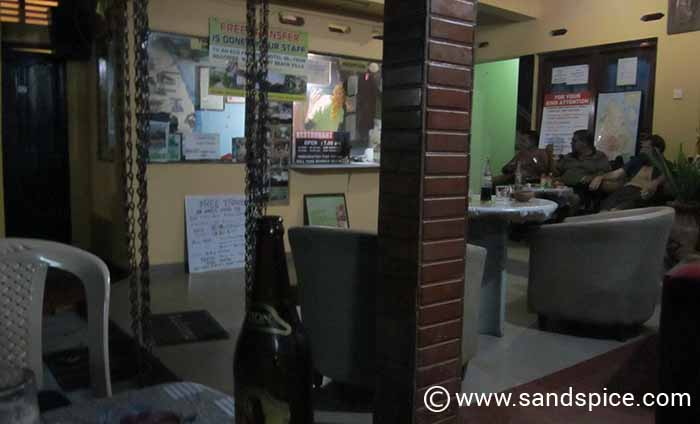 The Beach Villa is a real backpackers guesthouse. Nothing too fancy, basic rooms, reasonable prices and a decent bar and restaurant. After sinking a bottle of the local beer, we enjoyed a good rice and curry dinner.

Before leaving, I took the guesthouse phone number for when we returned here at the end of our trip. 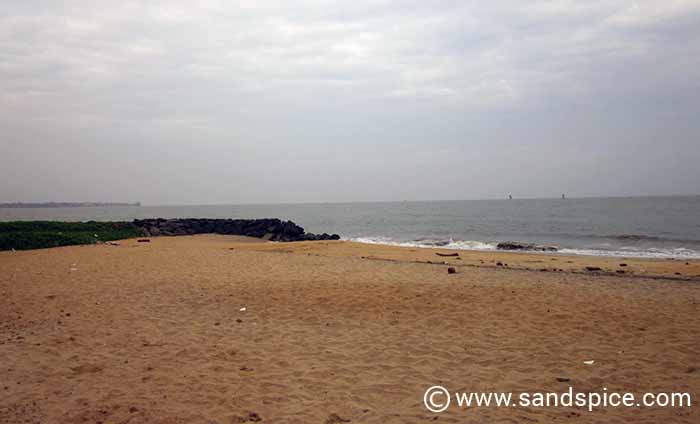 After breakfast the following morning, we took a look at the beach (in daylight). This isn’t the best that Sri Lanka has to offer, by far. Nevertheless, there were plenty of tourists and locals out and about and they didn’t all seem to be just passing through like us.

When we got back to our guesthouse, we arranged transport with a tuk-tuk driver. He would take us to the main bus station in Negombo. From there, we planned to travel inland and northwards to Sigiriya.

Though we didn’t know it at the time, there is no direct bus route from Negombo to Sigiriya. We would have to first travel to Kandy, and change buses there. We were hoping we had given ourselves enough time to arrive before nightfall. 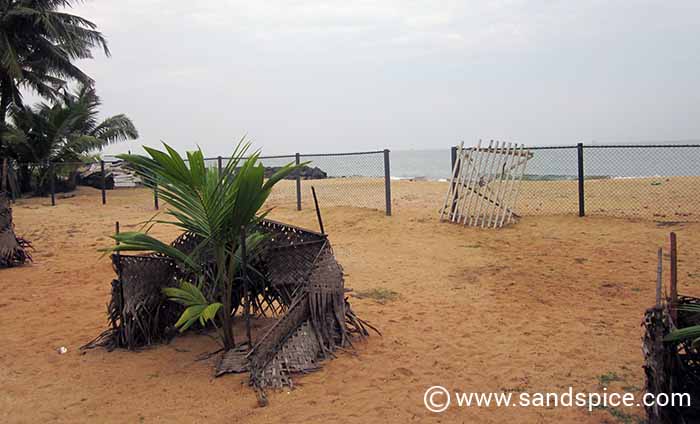 While chatting earlier to the staff of the Beach Villa Guest House, I learned my first word in Sinhalese: Evidently my name “Lee” means “wood”. Now that information could be useful…

Let me see how I can work that into a conversation 🤔

If you enjoyed Ceylonica Beach Hotel Negombo, check out our Sri Lanka Travel Plan. You may also like: 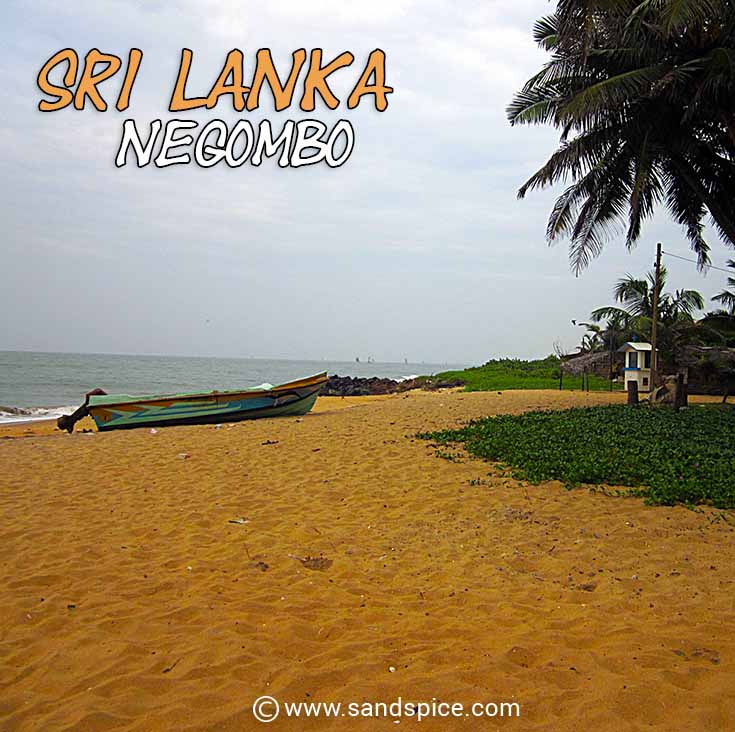 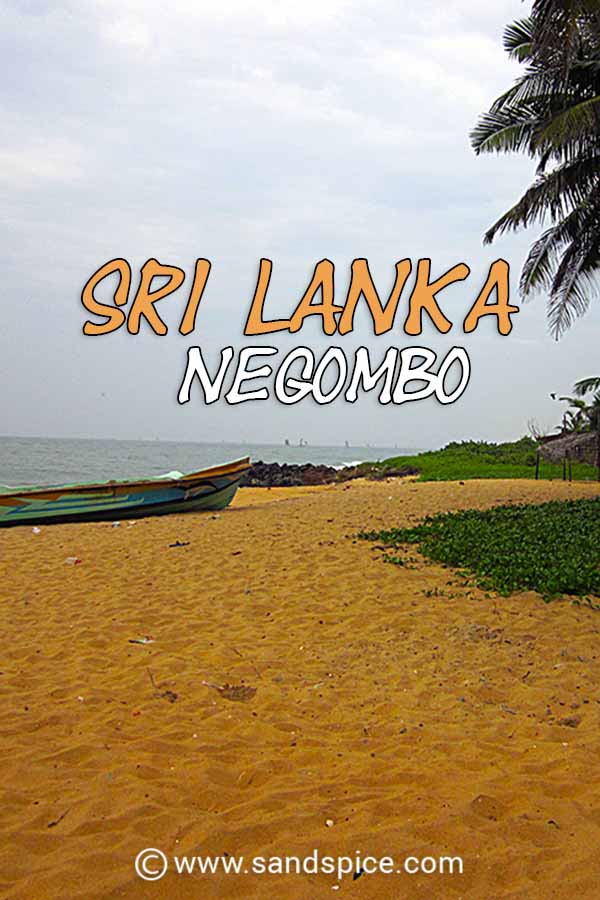 From Negombo to Sigiriya via Kandy is the long way and the wrong way. From Negombo you can bus to Kurunegala, and from there to Dambulla there are buses. Sigiriya you can reach from Dambulla by bus or tuk tuk. You will save 2 hours by not going via Kandy.

Thanks for the feedback.
We did consider this option, but it involves waiting for 3 buses instead of for 2 and there are more buses running from Kandy.