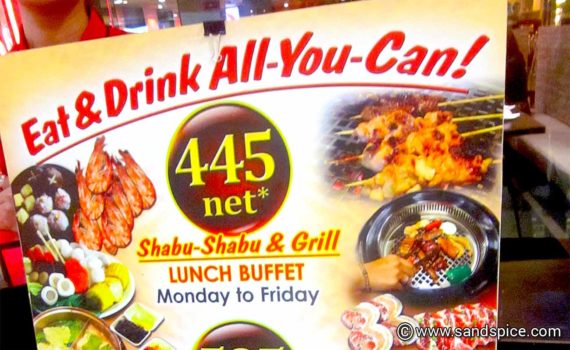 We tactically avoided a trip into Manila on our arrival in the Philippines, but opted to spend just a couple of days there before taking our return flight home. Although we didn’t have much time to spare in the city, we managed to visit the older Intramuros area and enjoyed a novel eating experience at a Manila Shabu Shabu restaurant.

We took a stroll from our Oasis Park Hotel in central Manila to Intramuros. Along the way we were surprised to pass by a golf course. It wasn’t very big, but that’s not the point: How many cities feature a golf course in the center of the city? 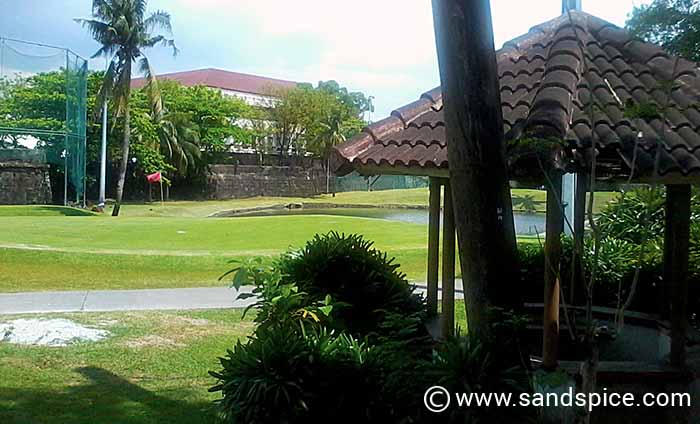 We then strolled on to Manila Cathedral and Rizal Park (in all about a 3-hour round trip).

Originally established in 1571, Manila Cathedral has been reduced to ruins multiple times during its chequered history – by fire in 1583, by earthquakes in 1600, 1645 and 1863, and by Allied bombing at the end of the 2nd World War. 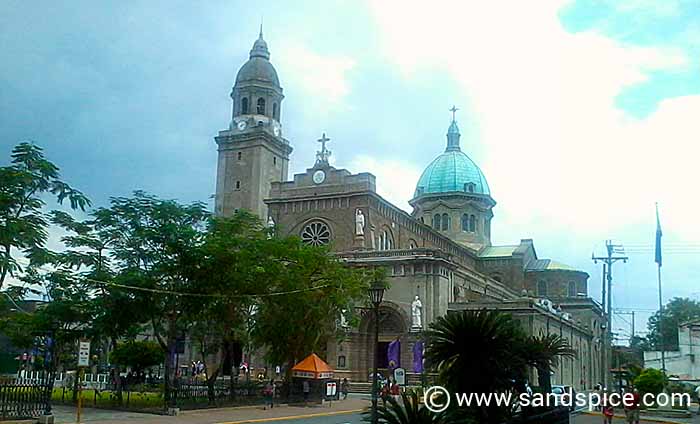 Rizal Park is one of the largest urban parks in Asia. It is a favorite leisure spot, especially on Sundays and national holidays. It is named after the national hero José Rizal who was executed here on December 30, 1896, fanning the flames of the 1896 Philippine Revolution against Spain.

The park was animated and lively, with lots of people and activities, and numerous places to get snacks and drinks. 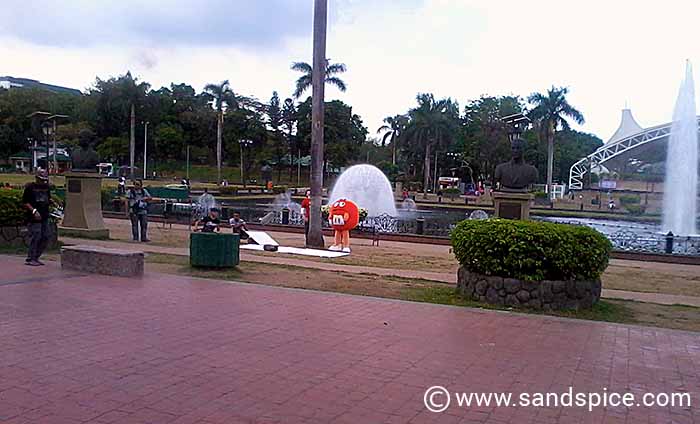 After our walk we ended up again at Robinson’s Mall where we ate at a Shabu Shabu restaurant. These are restaurants where you can eat and drink as much as you want – including beer. You cook your own soup and grill food at your own table.

When we checked out of our hotel, we headed across town to the Mall of Asia – supposedly the biggest mall in all of Asia. It sprawls over a huge area, with far too many fast food eating places all selling food which basically tastes the same (chicken, pork or beef cooked in a sweet marinade, served with noodles or rice).

The shops are the most expensive we found in the Philippines, so I wouldn’t recommend this place for souvenir shopping.

At the end of a trip like this, it can be tricky to calculate exactly how much local currency you will need on your last day to cover final costs.

I knew there was a Terminal exit fee to pay at Manila airport, but had no accurate information on how much this would be. The good news is you can pay the terminal fee by credit card (550 pesos). You’ll also need around 200 pesos taxi fare to get to the airport. 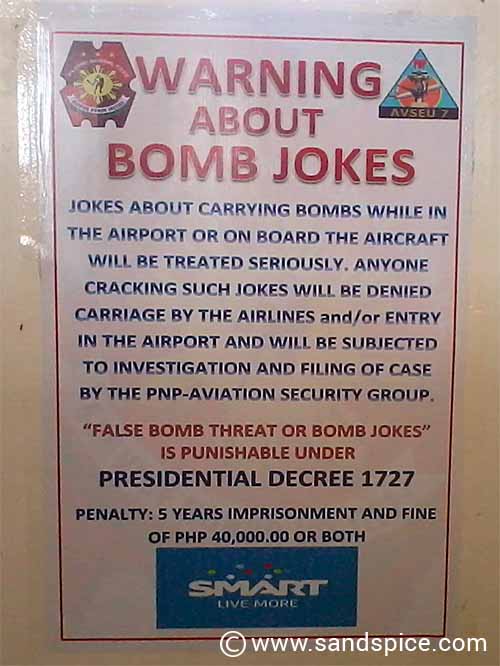 After you pass through to the gates, there are a few cafes and a limited number of souvenir shops where you can spend your last pesos. It’s better to have done your shopping beforehand though, as there is not much of interest to buy here.

So our trip through the Philippines ended with a return flight home (via Rome) with Emirates.

… and our overall Philippines impressions? It wasn’t quite what we’d expected.

If you enjoyed Griller in Manila Shabu Shabu Restaurants, check out Central Philippines – Cebu & Bohol. You may also like: 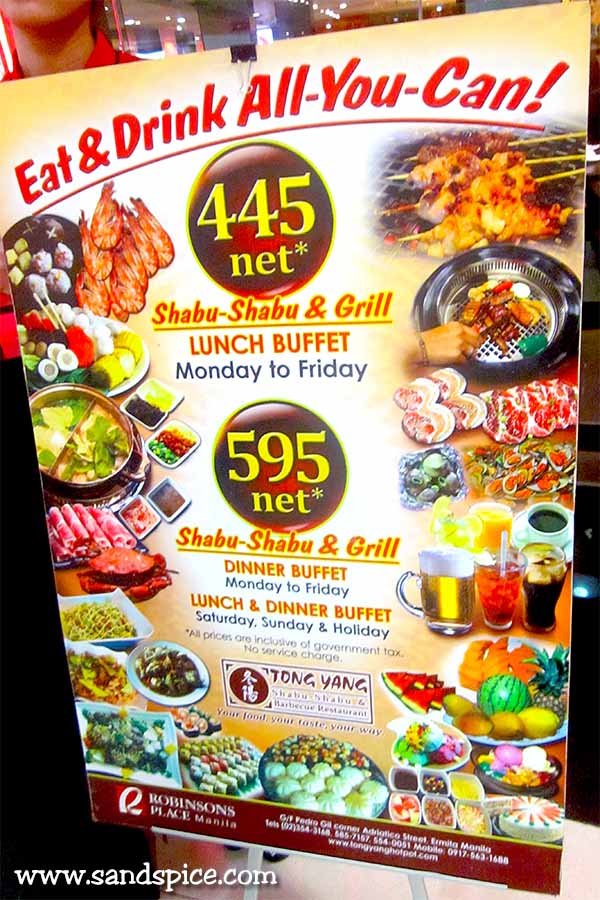 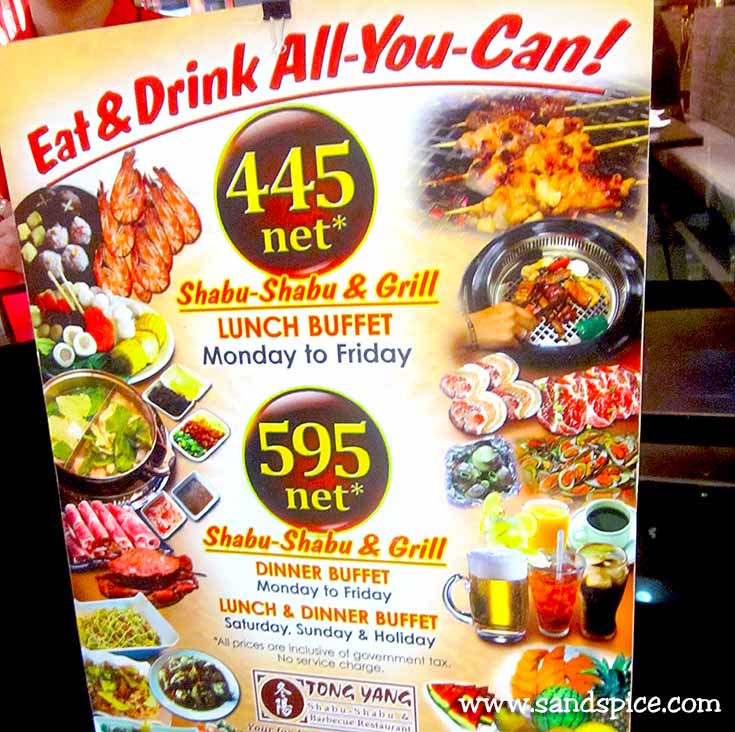 We ate at Giuseppe restaurant several times during our stay in Panglao Island and my husband and I absolutely loved it. Pretty much everything on the menu is delicious and the service is outstanding.

If getting a suntan is high on the priority list, then unless you want to stay pale pink you need to[...]