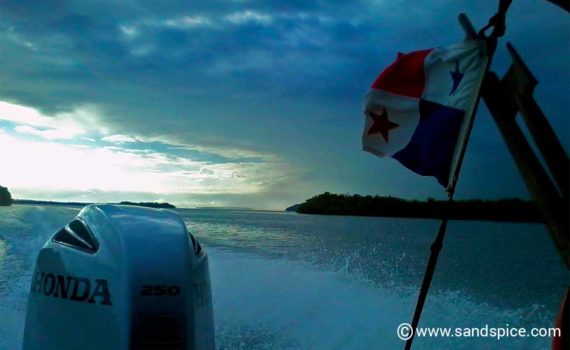 It took us around 7 hours to travel by bus from Bocas Del Toro to Boca Chica and Boca Brava. This would be our last taste of the Pacific ocean before returning to Panama City and the end of our 4-week vacation.

After the upbeat tempo of Bocas Del Toro, we were looking forward to getting away from it all and relaxing on a secluded island beach. 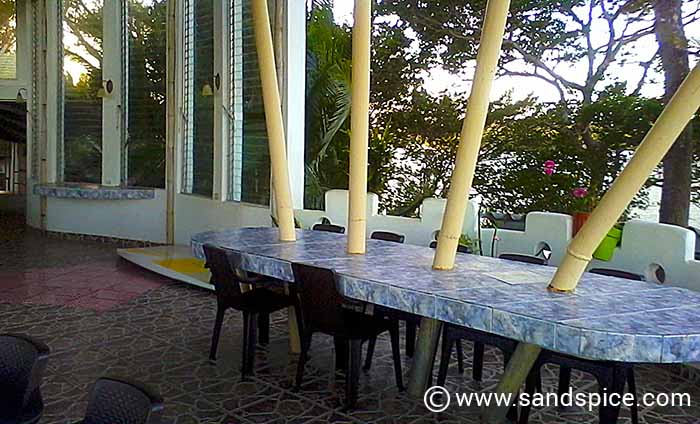 After all the raptured reports we’d read about Boca Chica, the reality was anything but rapturous.

We don’t get it – there’s nothing here…

It’s just a scattering of a few homes leading up to a boat jetty. There’s one hotel, a couple of cheap guesthouses and a very small shop. 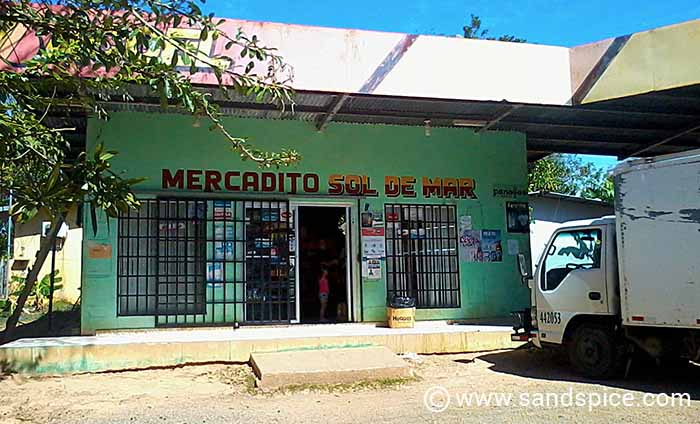 There are 2 eating places, but good luck finding one of them open. There are no beaches you can easily reach on foot.

The only reason to go to Boca Chica is to take a boat to go somewhere else – like Boca Brava. 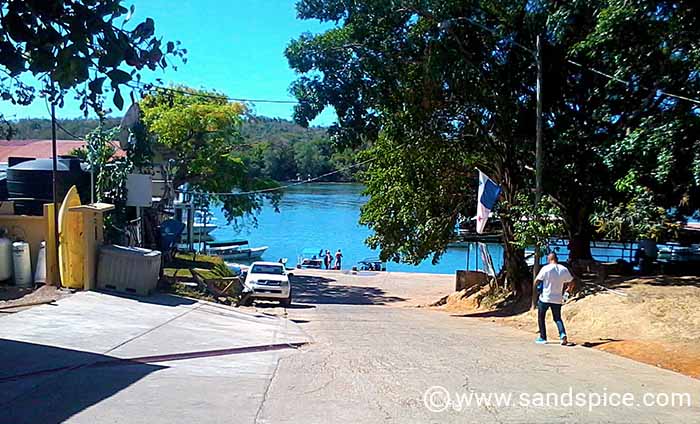 Getting in and out of Boca Chica isn’t easy, unless you have your own car (see Bocas del Toro to Boco Chica by Bus). The Boca Chica ‘bus’ service is at best random. This means you’ll sit around waiting an indefinite amount of time for the bus to show up.

You really don’t need to be in a hurry.

We had booked our first night in the Residencia de La Marina (named after the owner, nothing nautical).

We were lucky it was just the one night. The windowless room was dark and dingy, with a really small and uncomfortable double bed. The bathroom was basic and run-down.

Their booking website boasted a ‘garden view’. However, the view was from the bathroom – overlooking clothes lines in their backyard. There was also no sign of the bathrobes promised in their advertising.

We paid $35 for our room, excluding breakfast. We were offered no food options.

Since there’s absolutely nothing to do or see in Boca Chica, we went to the Roxy hotel for the afternoon and evening. There we paid $5 each to use their pool, and another $49 for an Italian meal for 2 including wine.

The following day we checked out of the guesthouse and took a boat to Boca Brava ($3 each). Here, we had booked to stay 2 nights at the Boca Brava Hotel.

On arrival, we needed to climb some really steep steps from the jetty to get up to the cliff-top hotel.

The room we were given at the Boca Brava Hotel was located high up on the cliff overlooking both jungle and the islands to the south.

With large netted windows, a good-sized bathroom and a comfortable bed, things were finally beginning to look up. We paid $60 per night for our room, including taxes but excluding breakfast.

From the large windows of our room we had a terrific view over the sea and nearby islands.

We were also inches from the edge of the jungle. This gave us some great opportunities to watch the wildlife really close up. 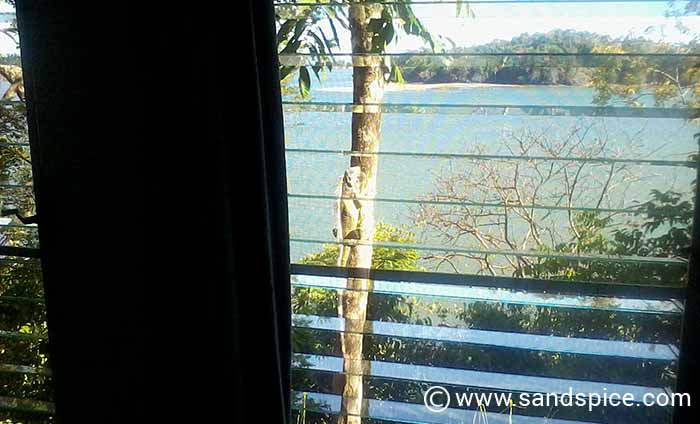 Boca Brava – Checkout the giant lizard outside our window

We regularly observed a plethora of colourful birds and butterflies, reptiles, huge insects and of course the ubiquitous Howler monkeys with their sinister growl.

At night, we’d hear an assortment of creatures padding around the roof just above our heads. 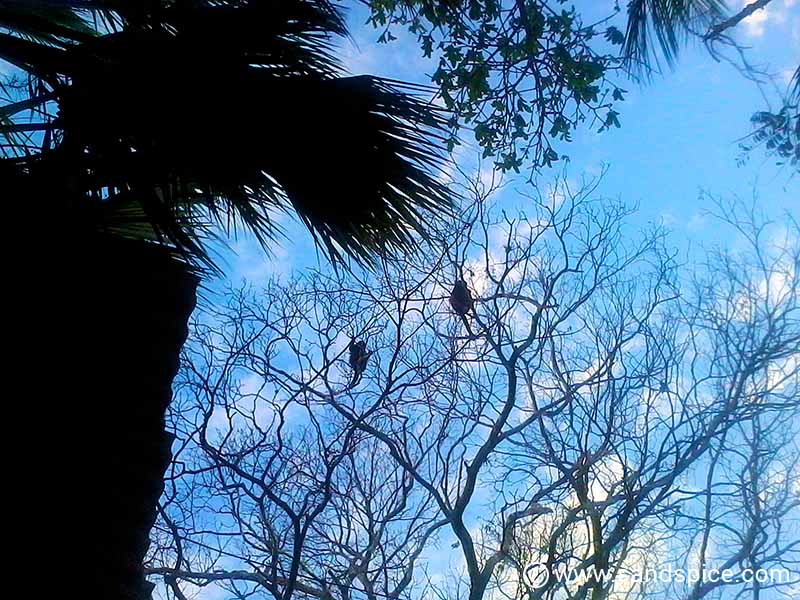 Boca Brava – Howler monkeys doing what they do best

The Boca Brava hotel has a beautifully-located restaurant and observation deck with panoramic 360° clifftop views.

It can get really windy high up in the hotel. So much so that you might need to hang onto your beer while sitting in the largely open restaurant area. 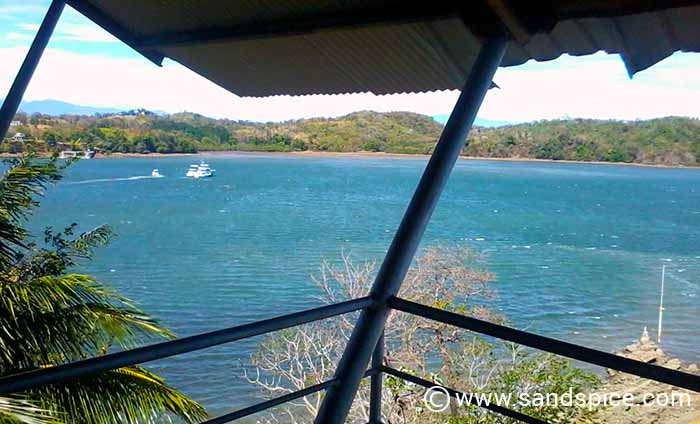 However, the food and drink is good and reasonably priced.

The only other accommodation we found in Boca Brava was a group of basic wooden cabins together with some very small pitched tents.

They were charging $10 a night (per person per tent), which seemed diabolically expensive.

Apart from that there are no other services in Boca Brava. Everything needs to be purchased and brought over from the mainland ($6 return boat trip).

We discovered that Boca Brava is a valued resource for professional bird watchers. They come for extended periods to observe the habits of some of the unique species that can be found here.

They post the results of their research at ebird.org.

There are a couple of beaches where you can swim in Boca Brava. However, like Santa Catalina which also faces the Pacific Ocean, the beaches are made of black sand. Worse still, here the water is as murky as mud.

There are 2 beaches within 20 minutes walking distance from the hotel, following the jungle paths. 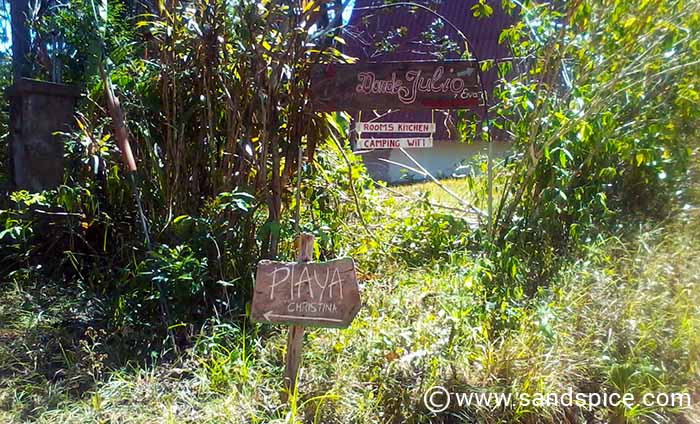 The first is the smaller of the two – Playa Piedrita.

When we checked it out, there was nobody there except for a naked tourist. He quickly retreated to the bushes when we arrived.

Since we didn’t relish the idea of watching him dangling his tackle up and down the beach, we carried on further up the trail. 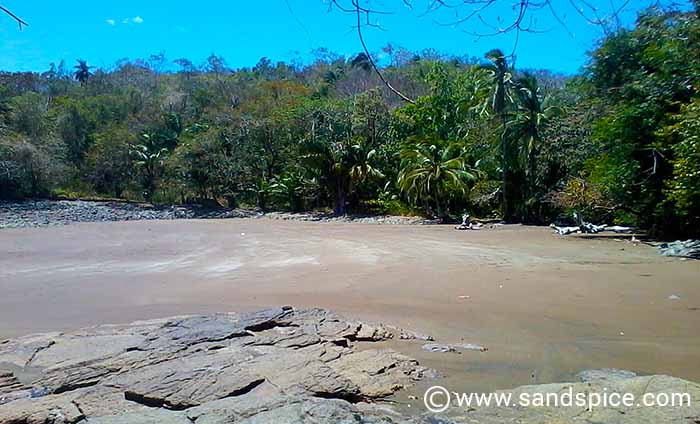 The next beach is Playa Christina. This is not a bad little sheltered beach with shaded areas on the edges of the jungle.

The Howler monkeys like to hang out here, so you’ll hear the occasional growls from up in the tree canopies. 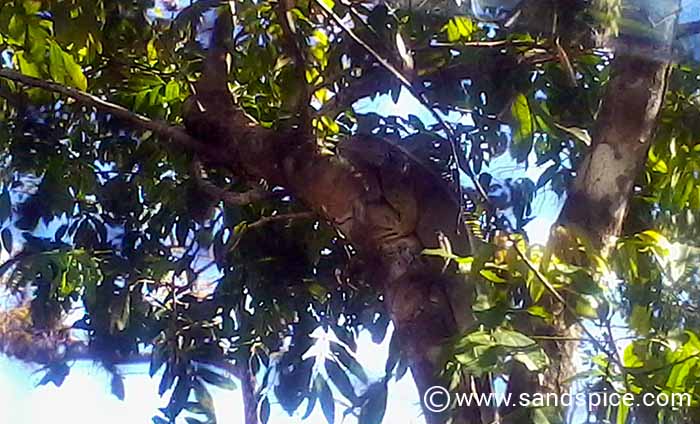 If you want to disappear off the grid, Boca Brava is your place. It’s difficult enough to get to, but once there you won’t be bumping into many tourists (or even locals, for that matter).

You should bring plenty of provisions with you, since the local facilities are extremely limited. Apart from the tiny shop in Boca Chica, you’ll need to head off all the way to David if you need anything else. 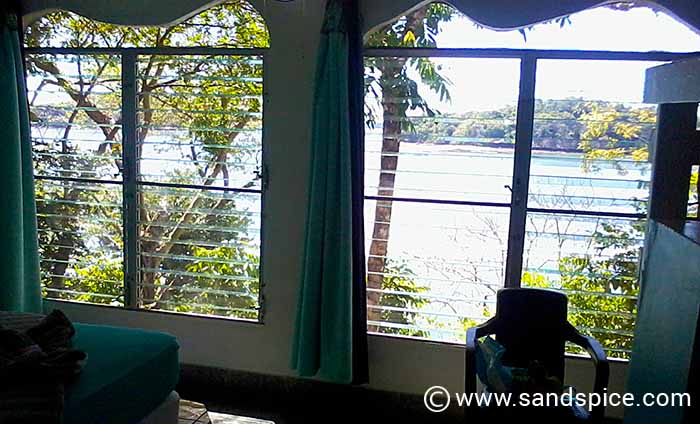 How long should you plan to stay in Boca Chica and Boca Brava? It depends on how laid-back you want to be, but you really shouldn’t plan on anything more than 3 days – max.

If you enjoyed Boca Chica and Boca Brava, check out our Panama Roundtrip. You may also like: 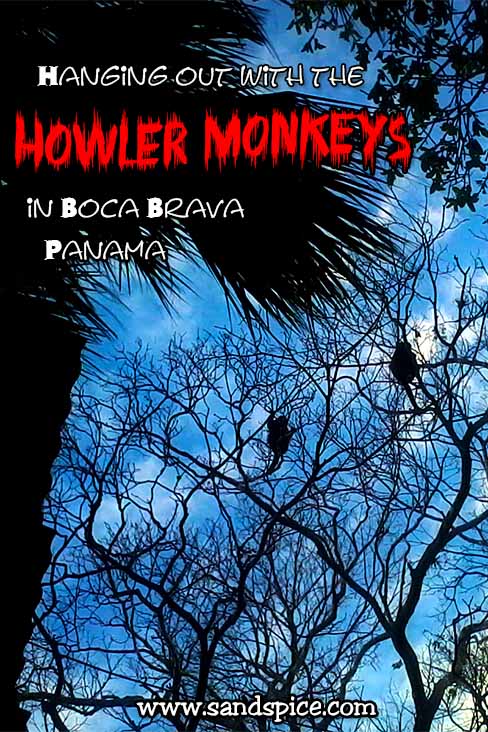 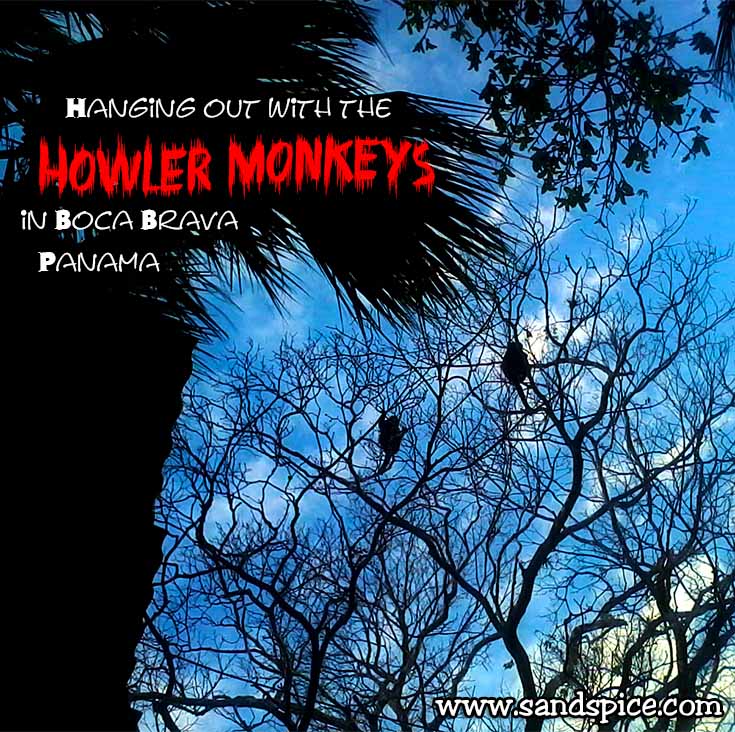