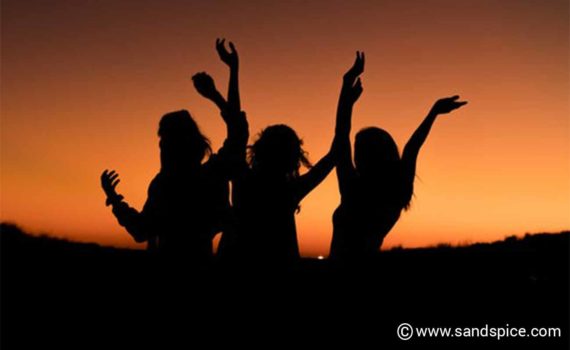 After our first night in Kuala Lumpur, we made an early start: We needed to get to the bus station to take an early coach to Cherating, on the east side of the peninsula. Cherating accommodation options are a little limited, but for this occasion we’d decided to choose one of the larger beach resorts.

Of course, you can fly from Kuala Lumpur to Kuantan, and take a bus from there to Cherating. However, since we would be flying back in just over a week, we’d decided that we had the time now to take a more leisurely bus ride.

So we took a taxi from our hotel to Putra bus station. We got there early as I wasn’t sure about schedules, and I wanted to arrive in Cherating while there was still daylight. In fact we had a 2-hour wait until around 10 am when the first coach was due to leave. At least in the meantime we were able to purchase our tickets to guarantee our seats. We explained we wanted to go to Cherating without having to change buses in Kuantan.

After an hour or so there were crowds of people milling about and lots of buses arriving and leaving, so it was important to keep an eye on the guy who’d sold us the tickets. Eventually he waved us to a comfortable red Bilik Dik express coach.

After we boarded, I asked the driver to drop us off at the Legend Resort just before Cherating, then settled down for the 3-hour trip. After travelling by bus in other SE Asian countries, we were impressed with the service: Coaches here always seem to operate with 2 drivers, and there’s entertainment: You can while away the time catching up with the latest Jackie Chan movie!

After the coach had passed through Kuantan and had reached the coast, I kept an eye out for resort signposts. Just opposite the Legend Resort, the driver pulled in to a small coach stop and let us off. Here there was also a roadside eatery and a few shops including a fruit stall: We took note of this for later.

The Legend Resort is a large, relatively upmarket resort with prices to match. The place is very popular with large groups of locals as well as family groups. The rooms have ocean-view and are fine, with tea-making facilities and a comfy bed.

There’s a nice pool and sunbathing area, and a beautiful long sandy beach that you have almost to yourself. The waves are pretty powerful however, so swimming out in the sea is only for the brave. 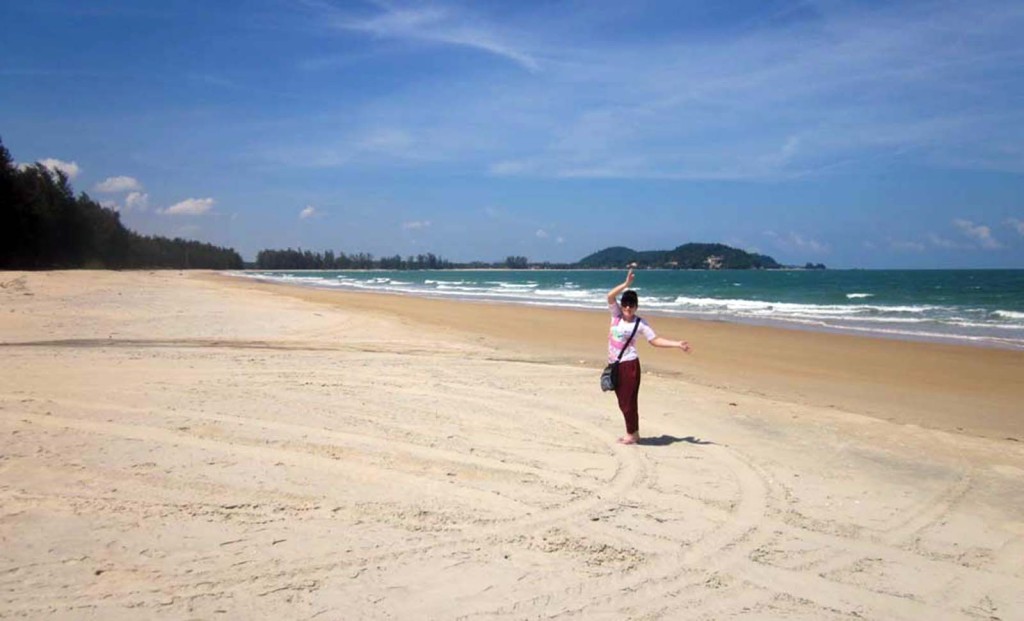 Finally! A beach with just room enough to put down a towel…

Several evenings a week, the Resort lays on some truly awful entertainment in the bar area. When we were there, they were featuring 3 local female singers kitted out like Ladyboys (great if you’re on a stag night, but not the rest of the time).

At first I thought they were karaoke singers, but they turned out to be the regular weekly act. 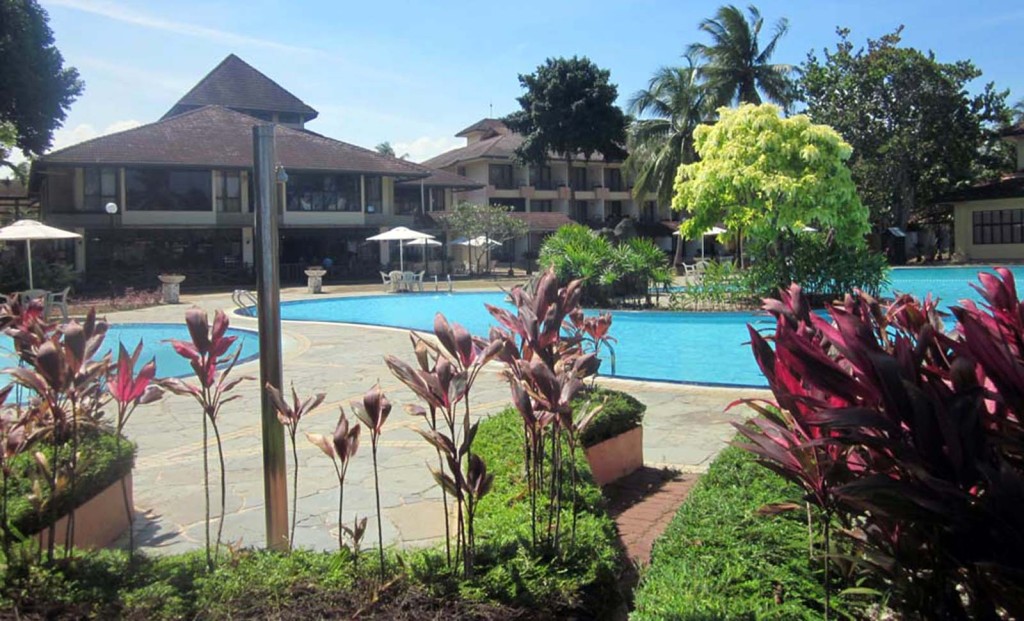 Apart from the picturesque gardens and pools in front of the beach, the Legend features a huge area on the other side of the main complex, including more gardens and what appears to be a Training Assault Course (hang from ladders, shimmy through pipes, etc.).

While we were putting ourselves through our paces, we did our best to avoid the falling coconuts, which some of the staff were poking off the trees. 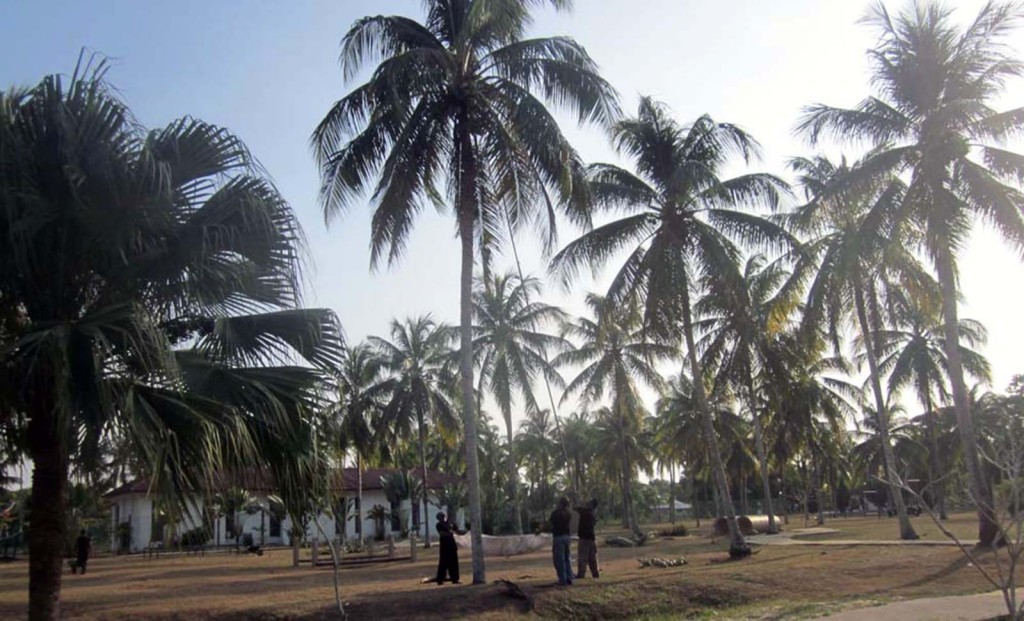 Cherating accommodation at the Legend – “Catch the Coconut” – A precarious task

Eating at the Legend is mediocre and expensive. You can eat equally well and much cheaper using the coach-stop restaurant just across the busy road in front of the Resort – without forgetting the fresh fruit stall.

For more variety, you have to head off up the coast to Cherating (do-able by foot, with a decent hat). This is what we did on our second day, after breakfast. 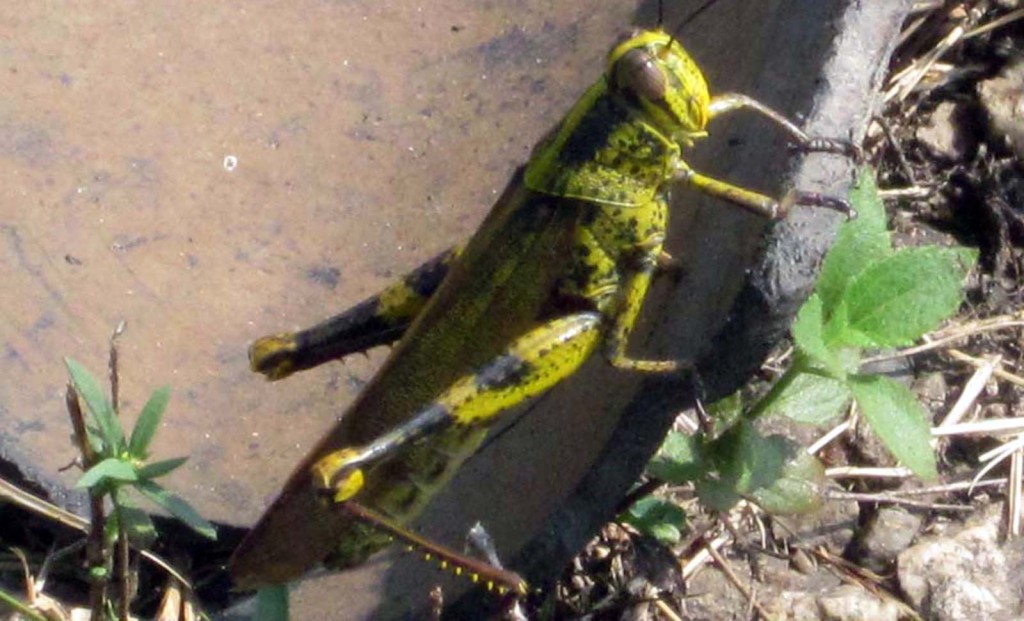 Cherating accommodation – Anyone for Cricket?

Walking north up the coast road from the Legend Resort, we arrived in Cherating after around an hour or so. There we found a variety of cheap guest houses and bungalows, and a variety of places to eat. There are also decent beaches, though not quite so clean and spectacular as further down the coast (but safer for swimming). If ever we come this way again though, we’ll arrange to spend a couple of nights here in Cherating

We met a very helpful guy at the Payung Guest House – Yahya: The Travel Planner ([email protected]). He supplied us with a wealth of current information about the resort, as well as travelling to and from Cherating, and getting to other places up and down the coast.

He also gave us a useful little map of Cherating.

The following day, we would be travelling to Mersing, further south down the coast. Yahya checked the bus schedules, then arranged for a taxi to pick us up from the Legend Hotel the next morning. This would take us to the main bus stop near Cherating, from where we could take an air-conditioned bus directly to Mersing.

This was a big saving for us, since ordering a taxi from the Legend hotel would have cost us a lot more, and we didn’t want to walk that distance again with our rucksacks on our backs… Thank you, Yahya.

If you enjoyed Cherating Accommodation, check out our East Malaysia & Borneo adventures. You may also like: 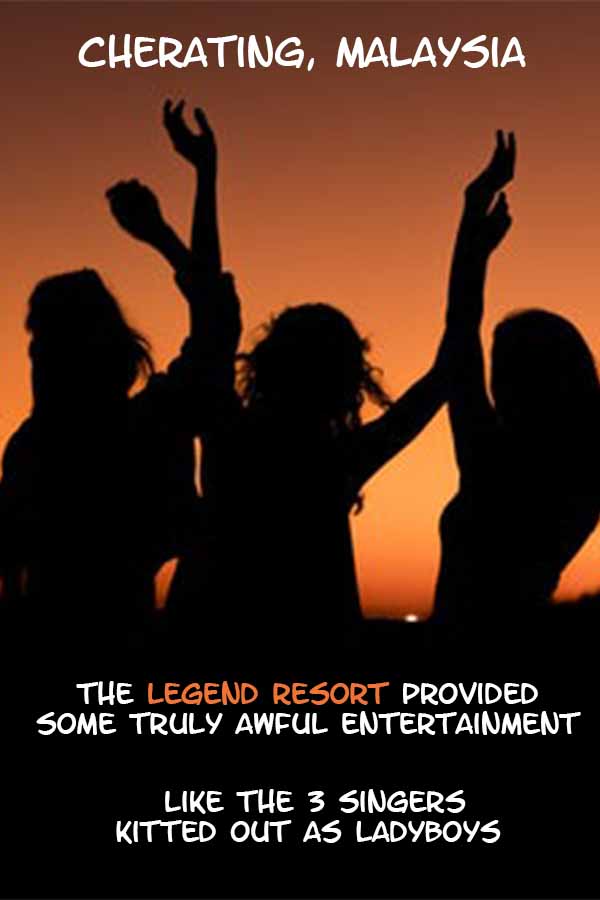 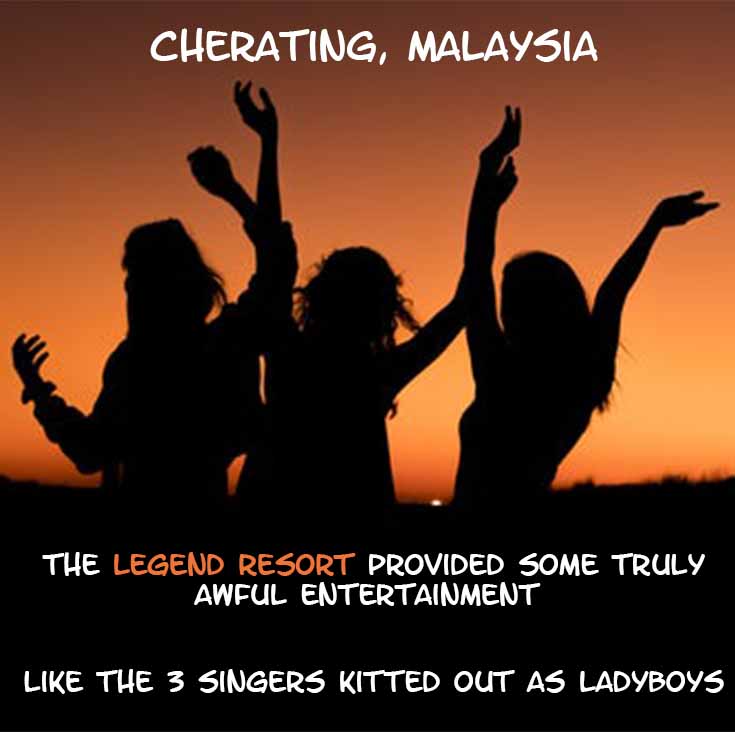