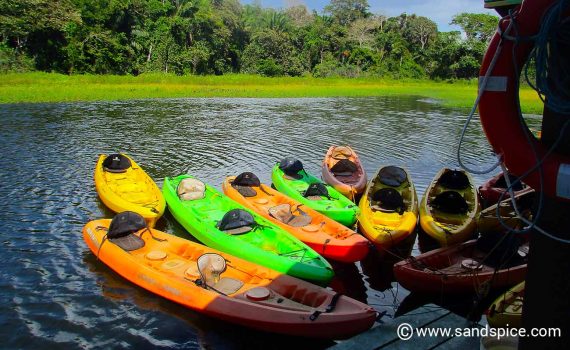 The Panama Canal is arguably one of most important structural achievements ever built. Apart from cutting a slice through a mountain, construction of the canal also involved flooding a river to form a gigantic lake.

When planning our trip to Panama, it had never occurred to us that kayaking was just one of the activities available on the canal.

How could we resist?

The easiest way to arrange a kayaking expedition is with one of the companies that organizes daily trips out onto the canal. The Jungle Land Experience is one such company which offers 1-day tours that take you through the canal onto Lake Gatun.

But the trip involves a lot more than just the boat ride.

Picking us up from our Occidental Hotel in Panama City at 8 am, our guide Lewis started our 1-day tour. We were driven by minibus out of the city and past the Miraflores locks to the Gamboa jetty. 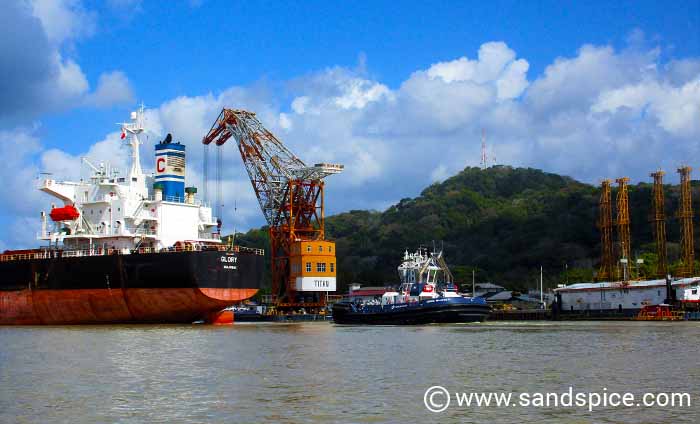 After waiting a while at the jetty, we joined Captain Carl and around 50 other guests. We were all loaded comfortably into 3 boats and set off down the canal. 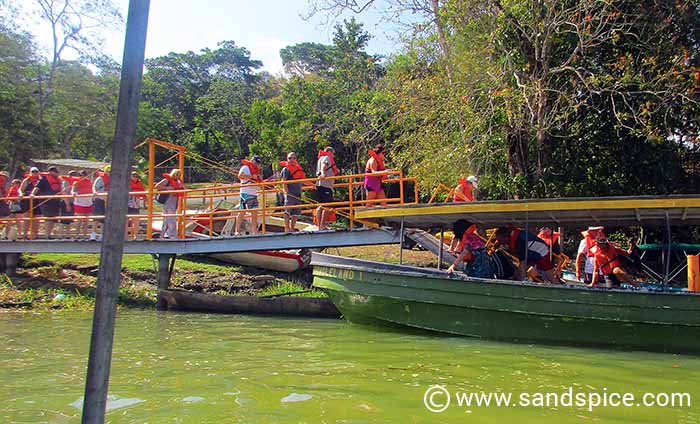 Captain Carl is a wealth of information and humorous anecdotes about the history of the canal, as well as the local fauna and flora.

His dry humour is pretty much guaranteed to keep you entertained as he simultaneously navigates the boat from the Gamboa public dock through the canal and finally to a floating lodge hidden deep in the tropical forest. 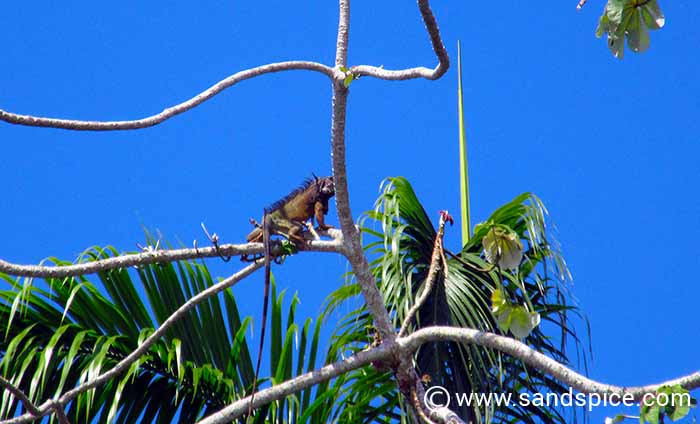 A rather large lizard dries out in the sun

On several occasions we stopped to get a closer glimpse at some of the wildlife.

Along our route we encountered a variety of birds, reptiles and monkeys. We stopped a few times to feed the more audacious monkeys with nuts and bananas. 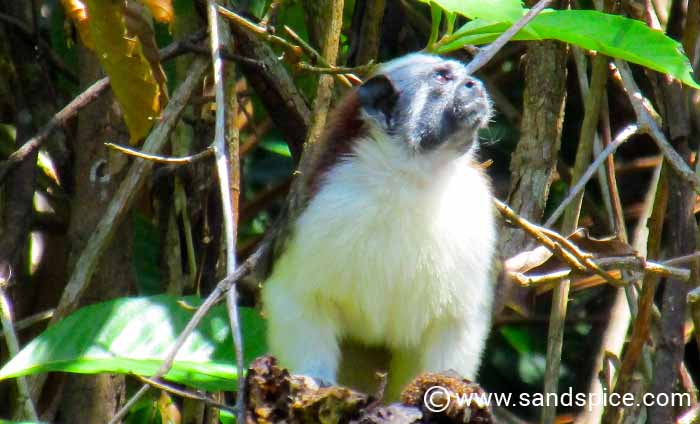 A diminuitive Tamarin monkey scours the sky for predators

Our destination was a floating boathouse set in a secluded area of the lake. 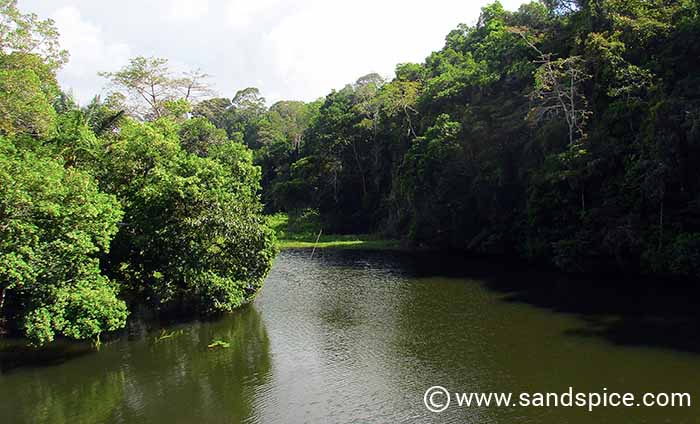 The location of the floating boathouse looks very similar to the one used for the shooting of the movie Anaconda, which starred John Voight and Jennifer Lopez (before she developed her ‘booty’). 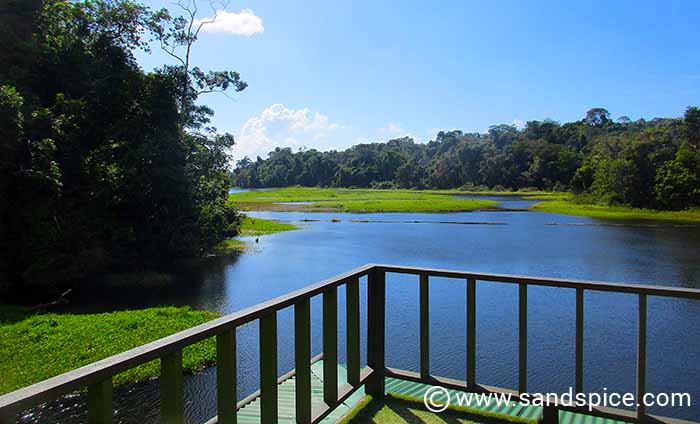 View from the Floating Boathouse

At the boathouse we ate a tasty Panamanian lunch, while we decided which activities tickled our fancy. 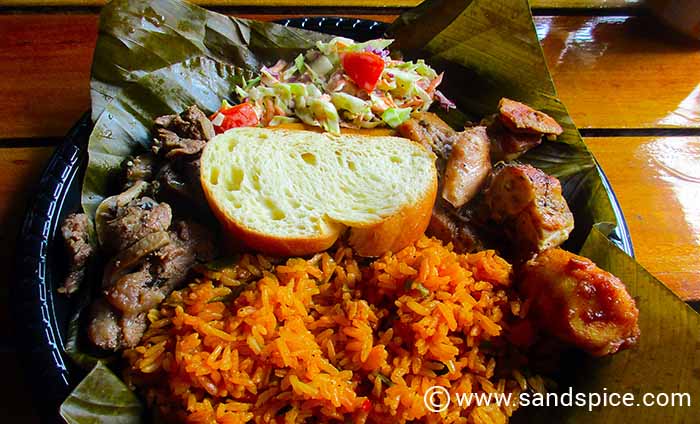 Our options were either fishing on the lake or kayaking 2 km up a narrow channel of the canal to a waterfall.

For us it was a no-brainer.

Kayaking along the narrow channel through the undergrowth – sometimes less than 2 meters wide – makes for a real Panamanian jungle experience. 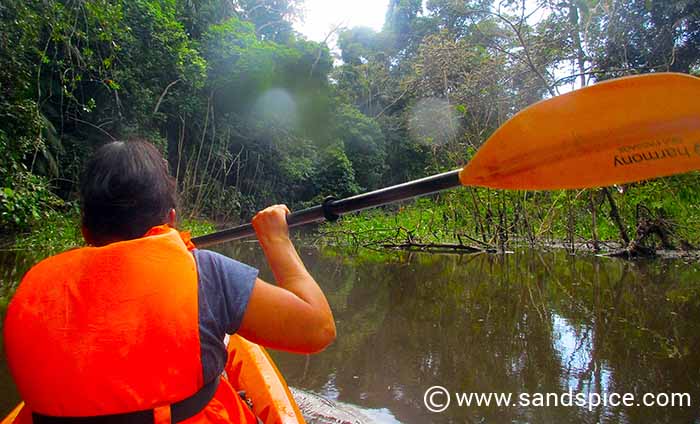 The more adventurous souls climbed the surrounding rocks from where they could jump back in. 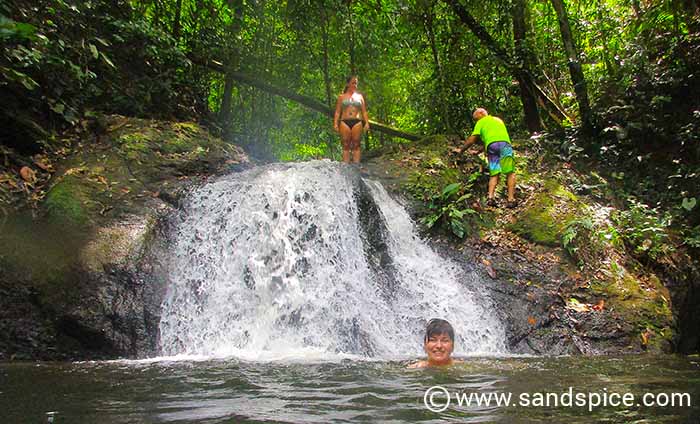 Cooling off in the waterfall

After this we headed back to the boathouse for a few more drinks, before returning by boat to the Gamboa jetty.

The total cost for this day trip out was $115 per person, including hotel transfers, lunch and soft drinks. Alcohol was also available at reasonable prices.

Following our day out on the canal, we would next be heading south by bus, out of Panama City towards Soná and Santa Catalina.

If you enjoyed Panama Canal Kayaking, check out our Panama Roundtrip. You may also like: 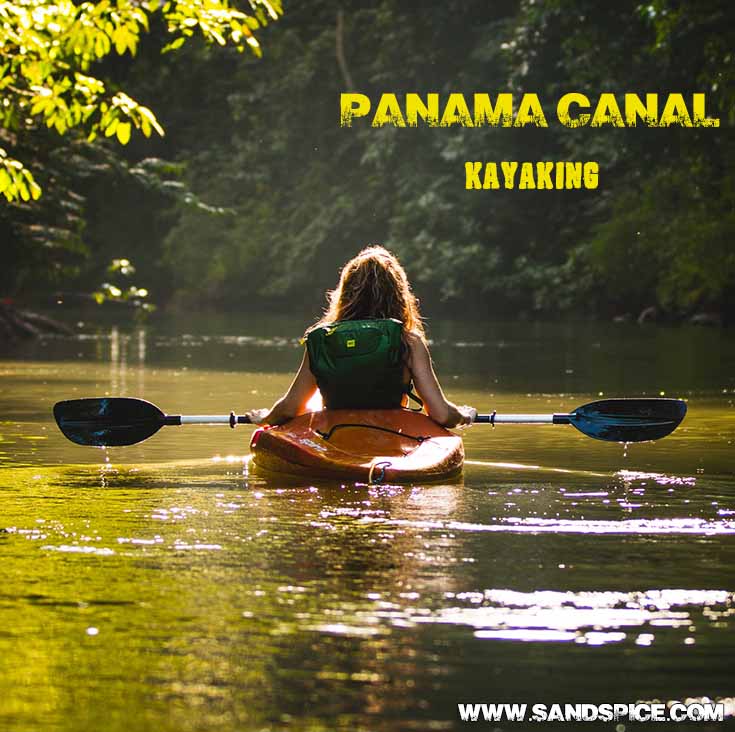 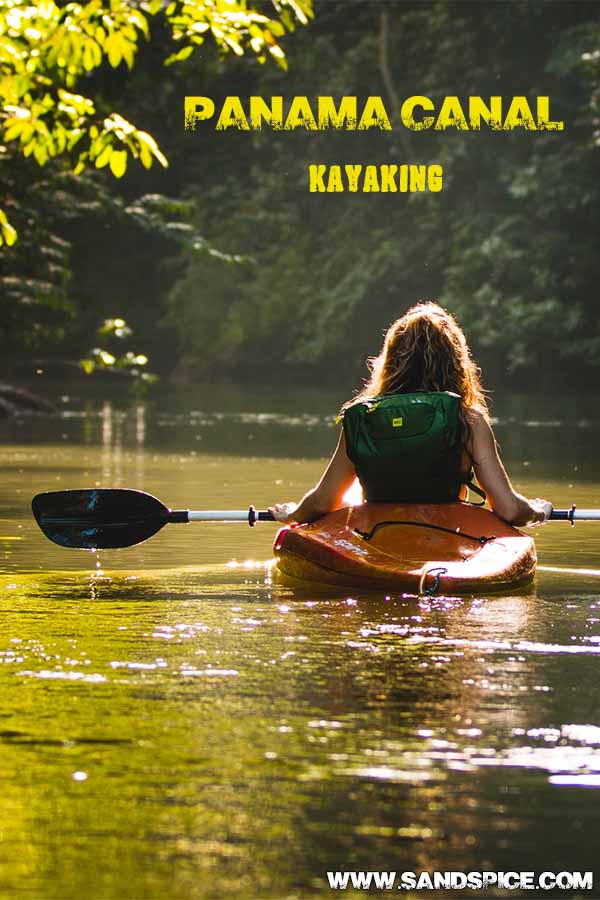